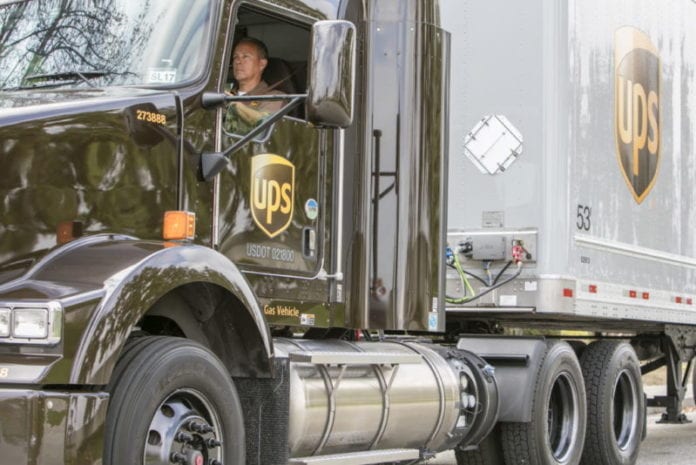 Among purchases of Class 8 over-the-road trucks, it appears as though the majority of incremental volume came from current natural gas vehicle users replacing units or increasing their number. (Courtesy: UPS)

The ACT Alternative Fuels Quarterly provides insight, analysis and trends about alternative fuel/power adoption for the U.S. heavy and medium duty commercial vehicle markets. It is designed to give quick insights to anyone with an interest in the evolution of power and alternative fuel use for heavy duty, on-highway applications, detailing such adoption considerations as fuel prices, fuel/charging infrastructure development, equipment prices/products/technological developments and regulatory changes, as well as new NG truck sales data and a forecast for new natural gas adoption.

“Bucking the early decline pattern of the past few years, cumulative sales for the first eight months of 2019 appear to be gaining ground, with sales of natural-gas powered vehicles on an overall upward trajectory,” said Steve Tam, vice president at ACT Research. “That said and based on news released in the popular press, natural gas vehicle purchases continued to be dominated by refuse fleets, as well as transit and school bus operators. Among truckers, it appears as though the majority of incremental volume came from current natural gas vehicle users replacing units or increasing their number.”

“We’re seeing an overall increase in operational station/charging stations, with the exception of natural gas which overall is contracting but seems to be expanding specifically in the number of existing and planned private heavy-duty CNG stations,” Tam said. “Regarding electric commercial vehicles, right now we’re witnessing a tug-of-war between fuel-cell and battery technology investment in the Class 8 over-the-road market, and it’s way too early for us to call a winner.”