This graph shows the year-over-year percentage change in the Cass Freight Index-Shipments. The Cass Freight Index was one of the first freight flow indicators to turn positive (in October 2016), but recent declines has Cass wondering if an economic contraction has begun. (Courtesy: CASS INFORMATION SYSTEMS)

The statement: Dropping another -5.3 in June, negative volume seven months in a row.

“When the December 2018 Cass Shipments Index was negative for the first time in 24 months, we dismissed the decline as reflective of a tough comparison,” wrote the report’s author, Donald Broughton, founder and managing partner of Broughton Capital, a deep-data driven quantimental economic and equity research firm. “When January 2019 was also negative, we again made rationalizations. When February was -2.1%, we said, ‘While we are still not ready to turn completely negative in our outlook, we do think it is prudent to become more alert to each additional incoming data point on freight flow volume.’ When March was -1.0%, we warned that we were preparing to ‘change tack’ in our outlook, and when April was -3.2%, we said, ‘we see material and growing downside risk to the economic outlook.’”

With the -5.3% drop in June following the -6.0% drop in May, Broughton said Cass was repeating its message from last month: the shipments index has gone from “warning of a potential slowdown” to “signaling an economic contraction.”

“We acknowledge that all of these negative percentages are against extremely tough comparisons; and the Cass Shipments Index has gone negative before without being followed by a negative GDP,” Broughton said. “May and June’s drops are significant enough to pose the question, ‘Will the Q2 ’19 GDP be negative?’”

The report said the weakness in spot market pricing for many transportation services, especially trucking, is consistent with the negative Cass Shipments Index and, along with air freight and railroad volume data, strengthens Cass’ concerns about the economy and the risk of ongoing trade policy disputes.

Weakness in commodity prices and the decline in interest rates have joined the chorus of signals calling for an economic contraction, Cass said.

“We should note that the Cass Freight Index was one of the first freight flow indicators to turn positive (in October 2016) and confirm our prediction of a recovery in the U.S. economy,” Broughton wrote. “As we try to navigate the ebb and flow of the economy, we don’t pretend to have any ‘secret sauce’ or incredibly complex models that have exhaustively analyzed every data point available. Instead, we place our trust in the simple notion that the movement of tangible goods is the heartbeat of the economy, and that tracking the volume and velocity of those goods has proven to be one of the most reliable methods of predicting change because of the adequate amount of forewarning that exists.”

Beyond current concerns that the index is negative on a year-over-year basis for the seventh month in a row, Broughton said Cass is concerned about the severe declines in international air freight volumes (especially in Asia) and the ongoing swoon in railroad volumes, especially in auto and building materials.

”We see the weakness in spot market pricing for transportation services, especially in trucking, as consistent with and a confirmation of the negative trend in the Cass Shipments Index,” he said. adding that as volumes of chemical shipments have lost momentum, Cass’ concerns of the global slowdown spreading to the U.S., and the trade dispute reaching a ‘point of no return’ from an economic perspective, grow.

“Bottom line, more and more data are indicating that this is the beginning of an economic contraction,” Broughton said. “If a contraction occurs, then the Cass Shipments Index will have been one of the first early indicators once again.” 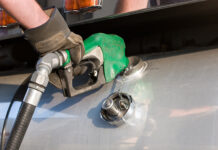