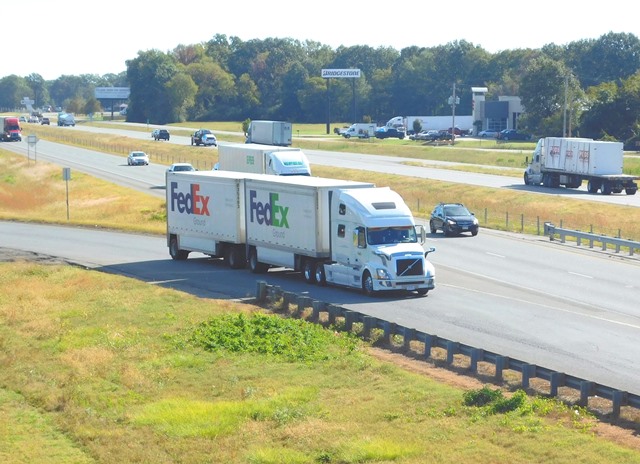 ST. LOUIS — Cass Information Systems said Thursday that November was another month of high volatility and a sense of growing uncertainty in both the U.S. and global financial markets.

Cass is a provider of transportation, utility, waste and telecom expense management and related business intelligence services, disbursing more than $50 billion annually on behalf of its clients.

“Despite all of the ‘hand-wringing’ on Wall Street, the transportation economy continues to signal economic expansion,” said a report written by Donald Broughton, founder and managing partner of Broughton Capital, an economic and equity research firm. “The hard data of physical goods flow, which is uninfluenced by human emotion, confirms that people are still making things, shipping things, and buying/consuming things. Although not at the scorching pace attained earlier this year, expansion is still taking place at an above average pace.”

Broughton said Cass was not alarmed about the growth in shipments slowing to only 0.6 percent in November.

However, he said Cass would be negligent if it did not acknowledge two storm clouds on the economic horizon:

“These potential problems acknowledged, Cass maintains a cautiously bullish outlook given the freight markets, or more accurately goods flow, have a well-earned reputation for predictive value without the anchoring biases that are found in many models which attempt to predict the broader economy,” Broughton said.

Transportation continues to be a leading indicator of the health of the U.S. economy, Broughton said.

“Shipments first turned positive 26 months ago, while expenditures turned positive 23 months ago,” Broughton said. “The current level of volume and pricing growth is suggesting that, while it’s still growing, the U.S. economy is simply not growing at the rate it was and that it may have reached its short-term expansion limit. The 0.6 percent year over year increase in shipments is a deceleration from the 6.2 percent achieved last month and is an even more marked deceleration from the low double-digit levels achieved in the first five months of 2018. Cass is confident that the increased spending on equipment, technology and people will eventually result in increased capacity in most transportation modes. That said, many modes are continuing to report ‘limited amounts of capacity’ or even “no capacity” at any price shippers are willing to pay.”

“There are many widely disparate variables influencing the consumer economy. Everything from demographics and immigration policy, to interest rates and tax policy, to productivity growth and the unemployment rate influence the direction of, and the rate of change in, the consumer economy,” Broughton said. “Cass monitors all of these factors and dozens more, but in the short-term, we find the most reliable predictors of the consumer economy are dry-van truckload and import container volumes. Import container volume is especially predictive in the fall of the year as retailers prepare for the holiday shopping season.”