Home Business Employers add solid 196,000 jobs in March, but trucking loses 1,200
The figures suggest that February’s meager job growth, which was revised to 33,000 from an initial 20,000, was a temporary blip and that businesses are confident the economy remains on a firm footing. (Associated Press)

WASHINGTON — Hiring rebounded in March as U.S. employers added a solid 196,000 jobs, up sharply from February’s scant gain and evidence that many businesses still want to hire despite signs the economy is slowing.

The Labor Department says the unemployment rate stayed at 3.8 percent, near the lowest level in almost 50 years. Wage growth slowed a bit, as average hourly pay increased 3.2 percent from a year earlier. That is down from February’s gain of 3.4 percent, which was the best in a decade.

The figures suggest that February’s meager job growth, which was revised to 33,000 from an initial 20,000, was a temporary blip and that businesses are confident the economy remains on a firm footing. Still, the U.S. faces several challenges, including cautious consumers, slower growth in business investment, and a U.S.-China trade war that is contributing to slower growth overseas.

For-hire trucking lost 1,200 jobs in March after gaining a meager 100 in February. 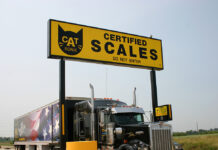 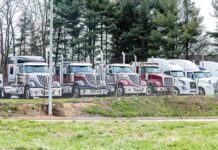