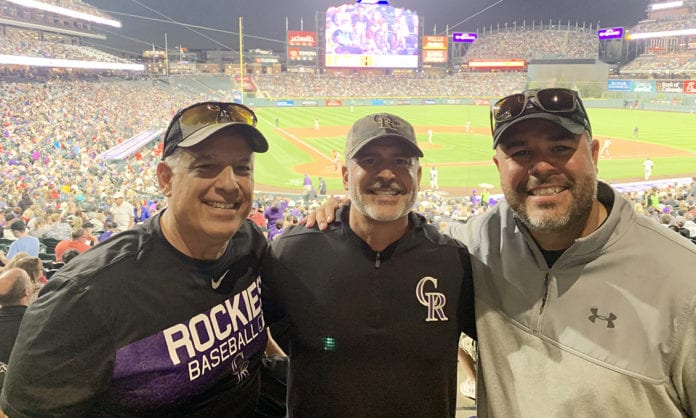 A few decades ago, a young college student stepped away from his computer engineering studies to earn some cash in a summer job. Working at a meat-packing plant provided some income, but Ralph Garcia wanted more. “To earn extra,” he said, “I took some straight truckloads of meat and found that I really liked it. In fact,” he continued, “I liked it so much I decided to make trucking my career.”

Garcia’s career has spanned nearly three decades, and he has racked up more than three million safe miles, most of them in a 27-year stint with ABF Freight System. He’s been to the White House twice, was selected as America’s Road Team Captain in 2005-06, advanced to the National Truck Driving Championship US competition 21 times along with a host of other experiences he has added to his professional driving resume. His brother also drives for ABF, joining the industry a few years after Ralph. A couple of cousins drive professionally, too. The family’s contributions to the trucking industry resulted in selection as a Trucking Moves America Forward family.

Garcia remains active in industry activities. His stint as an America’s Road Team Captain is complete, but he continues to assist and mentor newly-selected captains on their responsibilities and still participates in the ATA “Share the Road” program at schools and civic events. “I like interacting with the young drivers, getting their perspective,” he explained. “It’s kind of funny what they think about our industry from movies and the press. It’s really nice to be able to share how safe we really are.”

In 2011, Garcia visited the White House for the first time as a part of President Obama’s “Champion of Change” team, working with Obama Senior Advisor Valerie Jarrett to determine how to bring more trucking jobs to the United States. Ralph concentrated on hiring more veterans into the trucking industry, an effort that helped create hiring opportunities for veterans at ABF.

Garcia returned to the White House in 2017, this time to discuss healthcare coverage as a part of a symposium sponsored by President Trump. The group featured drivers and representatives from carriers and industry organizations.

Ralph has a “sort of” connection to another president, too. Garcia rode with a great-grandson of Dwight D. Eisenhower as well as two active senators in the Lincoln Highway Association’s 2019 Military Convoy Centennial Tour, a reenactment of Eisenhower’s 1919 event. As a young Army Tank Corps officer, Eisenhower was appalled at the grueling 62 days it took to move military equipment across the country. That experience, along with his observation of Germany’s Autobahn during World War II, helped form the basis of his proposal for a system of Interstate highways in the U.S.

Six times, Garcia has driven for the “Wreaths Across America” campaign. He bowed out of this year’s event in order to keep a promise to his wife Anita for the couple’s 40th wedding anniversary on December 12. Anita had other plans and didn’t want Ralph to miss the event entirely, so this year the couple will travel together to Washington to unload wreaths and place them at gravesites at Arlington National Cemetery.

If Garcia’s participation in these trucking activities isn’t enough, there’s more to his busy lifestyle. He stays in shape, continuing the regimen that helped him take home the U.S. power-lifting championship three times. He advises other drivers to “Eat right and stay alert,” claiming it helps on the job. “If you eat right and stay alert,” he said, “you do a good job.”

Garcia’s other off-duty activities are focused on his church. He has an associate degree in Theology / Theological studies from Victory Bible College and is active at Legacy Church’s Rio Rancho, New Mexico branch. “I think that knowing God’s word is a big influence on the way I interact with others,” he said. “I tell people I don’t work for a company, I work for God.”

A typical Sunday finds Garcia working with an audio-visual crew to bring a simulcast of the Legacy service to a local theater. A trailer containing broadcast equipment is brought to the site, and Garcia and the rest of the crew work a five-hour shift setting up and tearing down in addition to producing the broadcast itself.

Legacy Church operates multiple campuses and a pre-K through high school academy in the Albuquerque area.

Garcia credits his faith for much of his success. “It makes a difference in the results I achieve and makes me a better employee,” he explained.

He seldom used a CB radio and is a fan of ELDs because of the elimination of paperwork. He advises fellow drivers to keep up to date on the ever-changing rules and regulations that impact the industry, and he feels that each driver’s outlook can make a difference. “Adjust your attitude before getting behind the wheel,” he advises. “The job requires your full attention.”

Garcia’s attention to the things he’s passionate about, in and out of the cab of his truck, have brought him many service opportunities, and he isn’t finished yet.