Home The Nation Viewpoint – The Art of Losing 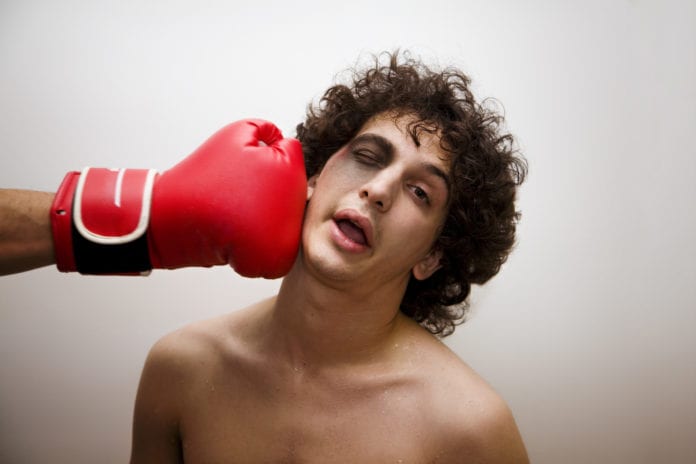 The Art of Losing

Young adults today (millennials) grew up in an “everyone gets a trophy” society; one most agree is absurdly useless. How can you ever appreciate winning if you never lose? How can you know what to work harder on if you never come up short?

I’m a competitive person. A really competitive person. I actually thought I hid this fairly well but…apparently not. As my friends are apt to point out. So I like to win, I do. And when I had a son, I knew he’d be an athlete. I hoped he’d be a good one but either way, he would play sports. I was a big believer in keeping boys occupied with good activities to prevent them from seeking to fill time with bad ones.

So Chase started playing soccer at the age of 4. He had a short-lived baseball career when he was 8 (too slow of a game). He played some flag football for the fun of it. He moved into lacrosse when he was 10. Granted, I put him into soccer—which he loved right away—but the rest of the sports were at his request. When he asked to play hockey I drew the line, telling him he was outfitted to play four sports. We were not adding another one. Particularly one that expensive.

Interestingly, when he played baseball is where we first encountered the “we don’t keep score” mentality. I didn’t even understand the words the coach said. No score? How do you know who wins? “Everyone wins here,” he said, although I could tell even he choked on the words. “We want the kids to learn and have fun without the pressure to win.” Really? That implies that working to win is negative. Or that losing even if you worked hard is negative. Not in my mind—this is how you get better. It’s what makes you a stronger character: lose with dignity, be gracious in winning. But you cannot do those things if you don’t keep score.

So, we kept score. Not just me, not just my husband. Evvvvvvveryone at the field kept score. Including the kids. And when they won, we taught the boys to rejoice but don’t be obnoxious. If you lose, think about, talk about, and work on weaknesses. But doing all that doesn’t automatically mean you win the next time. Sometimes you have to lose and work on a lot before the winning comes.

But guess what that did? It taught Chase and his friends not only how to lose a game and not fall to pieces but how to cope with failing a test, with getting turned down for a date, not getting the job, not being accepted to your school of choice, and more.

Life is full of letdowns. Character is how you handle them. It’s also full of successes—when you work to achieve.

When Chase was a sophomore in high school, he was the only starting sophomore player on his HS lacrosse team. They were good and were expected to win the State Championship. They played and won game after game. They dominated lesser teams, they scraped by powerhouses, but they always won. As the playoffs approached, we started hearing murmurs of not only going the distance but doing so undefeated. It would be an incredible season, quite the feather in their caps on top of a championship and a ring. But they had a few more games of regular season to play and one of them was against their hometown rival, a good team but nowhere near the caliber of my son’s this particular year. And when we played them, we lost. Horribly. We were the better team but had the crappier attitude. Arrogance got the better of us. They pulled out of their shock at losing by the 4th quarter and rallied but it was too late and in the end, we lost by 3.

The team was stunned but humbled. They reined in the attitudes and got back on track, going on to win the rest of the regular season and the State Championship. It was an amazing experience for us all but if you ask Chase to this day, he’ll tell you that he firmly believes they would not have won the Championship had they not lost that one rivalry game. It was the reality check they needed to actually pull off their goal. Better to have happened then than at that final game had they entered it overconfident from an undefeated season.

Losing is never fun but there’s an art to it—a way to take it and let it motivate and propel you to ultimately win a bigger prize. Believe it.