Home The Nation AASHTO report: States may face deeper cuts in rescission than what was... 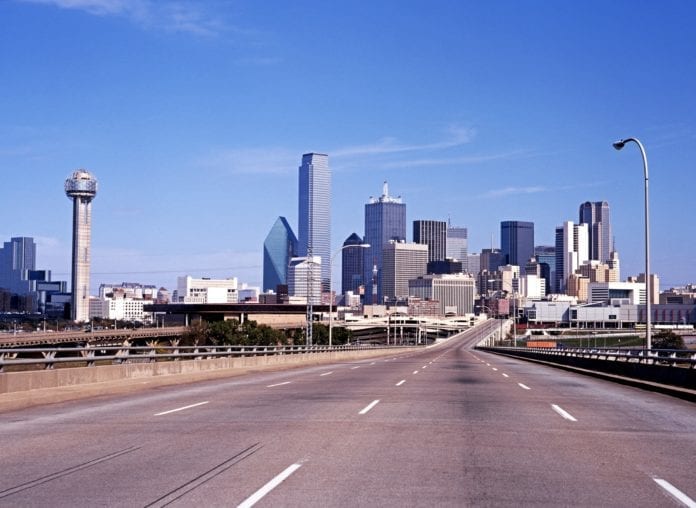 The American Association of State Highway and Transportation Officials said Texas is a prime example of how much states might have to return because of the impending $7.6 billion rescission of federal-aid highway contract authority under the FAST Act. Texas might have to return more than $960 million impacting funding streams for projects already on the books. (©2019 FOTOSEARCH)

WASHINGTON — The initial state-by-state calculation of the impending $7.6 billion rescission of federal-aid highway contract authority mandated by the Fixing America’s Surface Transportation (FAST) Act indicates states may experience deeper funding cuts than what was called for in that 2015 law, according to a report in the Journal, the official publication of the American Association of State Highway and Transportation Officials (AASHTO).

According to Federal Highway Administration data released this week, the total unobligated balances of state highway funding subject to the rescission — scheduled to occur July 1, 2020 — stands at just over $5.35 billion as of September 30. That means a further $2 billion-plus will be extracted from federal-aid highway contract authority held by states during fiscal year 2020.

Texas provides one of several stark examples of this funding cut. According to FHWA data, Texas has an unobligated balance of $679.4 million as of September 30. Yet since its share of the $7.6 billion rescission — based on formula funding calculations — is 12.69 percent, Texas will have to return more than $960 million to federal coffers, impacting funding streams for transportation projects already on the books.

“In short, this is rescinding more federal-aid highway contract authority than states have,” warned Jim Tymon, AASHTO executive director. “Once these dollars go away, they will not otherwise be invested in our nation’s transportation system.”

AASHTO added in a separate letter to Senate leaders on October 30 that “it is especially critical to repeal this [rescission] in calendar year 2019 because, in the worst-case scenario, states may be forced to de-obligate existing projects in order to provide the necessary amount of contract authority to be rescinded.”

A group of 41 transportation organizations led by AASHTO called for the repeal of the rescission in a September 12 letter to Congressional leadership, noting that it will “significantly depress the 10-year budget baseline for surface transportation programs beginning in Fiscal Year 2021, undermining significant bipartisan support in Congress and the Administration for boosting federal infrastructure investment.”

Repealing the rescission also has strong bipartisan and bicameral support in Congress. The leaders of the Senate Committee on Environment and Public Works introduced S.1992 to repeal the FAST Act rescission, which to date has garnered 23 co-sponsors.

Earlier in the year they called for the repeal of the rescission in a letter on June 12, which echoed a similar appeal made by the leadership for the House of Representatives Committee on Transportation and Infrastructure in a May 8 letter.

“This rescission should be repealed in any future budget or spending agreement that the Congress considers before the end of this fiscal year,” noted Sen. John Barrasso, R-Wyo., chairman of the EPW committee, and Sen. Tom Carper, D-Del., ranking member, in their joint letter to Senate leadership.