Home The Nation Ray Martinez stepping down as FMCSA administrator 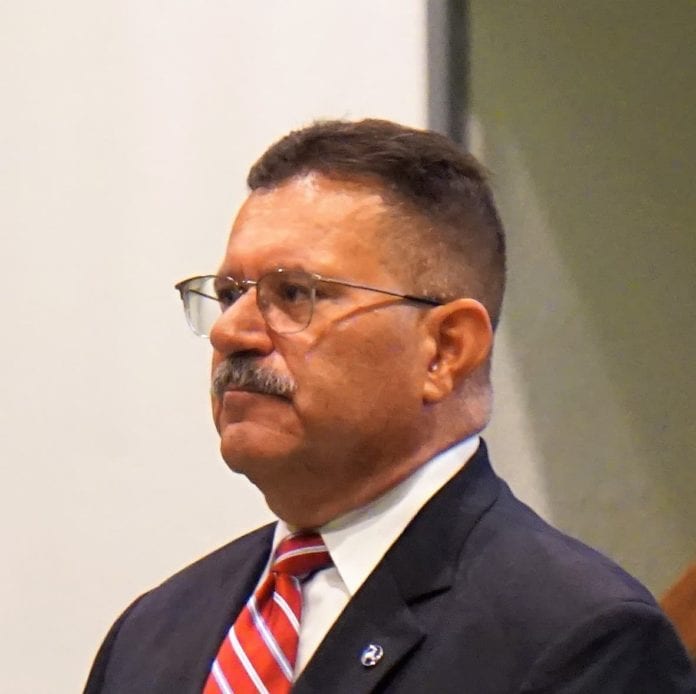 WASHINGTON — Ray Martinez is leaving his position as administrator of the Federal Motor Carrier Safety Administration.

The announcement came as part of a release from the Department of Transportation that outlined several personnel changes in DOT.

Martinez, a New Jersey native, will take the opportunity to move closer to home and oversee the major DOT construction project taking place at the Volpe Center in Massachusetts. The move is scheduled to go into effect October 28.

“We are grateful for Martinez’s service and glad that he will keep serving the Department in this capacity, while also meeting his long-held wishes to be located closer to his family,” the DOT release said.

FMCSA Chief Counsel Jim Mullen will move into the deputy administrator role at the agency. Mullen is expected to assume the role of acting administrator when Martinez leaves at the end of October.

The DOT said Mullen has a strong track record of engaging with all relevant government and industry stakeholders on significant rulemakings that FMCSA is undertaking. Mullen has been with the Department since June 2018.

The DOT said Alan Hanson, deputy administrator, will take on the chief counsel’s role. As a former acting assistant attorney general for the Office of Justice Programs at the Department of Justice, and deputy chief of staff at DOT, Hanson has been closely involved in many rulemakings and will continue to use his legal background ensure that the work FMCSA has been doing continues apace. Hanson formerly served as chief of staff to Senate Appropriations Committee Chairman Richard Shelby.

“We wish Administrator Martinez well in his new role at the Volpe Center, and we look forward to continuing our strong relationship with FMCSA’s new leadership as we work on our shared goal of improving highway safety,” said American Trucking Associations Vice President of Public Affairs and Press Secretary Sean McNally.

Martinez was the sixth administrator since the agency was established by Congress in 2000.  Nominated by President Donald Trump and confirmed by the U.S. Senate, Martinez  was sworn into office by Department of Transportation Secretary Elaine Chao on February 28, 2018.

Martinez, who quickly became known as administrator who was keenly interested if open communication with all trucking stakeholders, played a key role in the development of the Notice of Proposed Rulemaking on Hours of Service, which proposes several changes that the trucking industry felt would give drivers and motor carriers more flexibility in carrying out their responsibilities.

He has had  extensive experience in highway safety, large agency management and public service.  Immediately prior to his arrival at FMCSA, Martinez served for eight years as chairman and chief administrator of the New Jersey Motor Vehicle Commission, where he was involved in all aspects of roadway safety.  As chief administrator, he oversaw 2,500 employees and was responsible for a $330 million annual operating budget as well as more than $1 billion in annual revenue.  Additionally, he was a member of the State Planning Commission, which handled matters including land use, transportation planning and environmental protection.

During the administration of George W. Bush, Martinez served as deputy chief/acting chief of protocol at the U.S. Department of State, representing the president in official matters with 186 foreign Ambassadors in Washington, as well as frequently traveling with the president and other senior-level U.S delegations on diplomatic missions abroad.