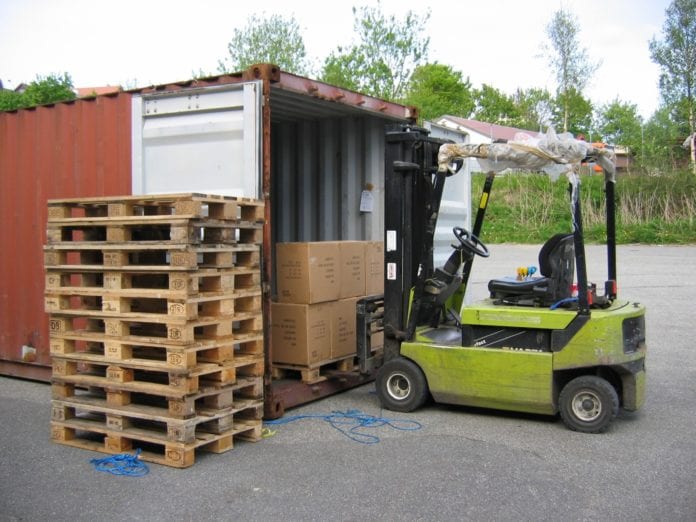 Cargo thieves are stealing less and enjoying it more. Or, put another way, compared with third-quarter 2017, the third quarter of this year saw an 11 percent decrease in cargo-theft volume but a 31 percent increase in value.

Any way you slice it, cargo thieves are opportunistic and follow the money, according to figures from SensiGuard’s Supply Chain Intelligence Center, which just released its third-quarter report on cargo theft in the U.S.

California continues to be the top state for cargo theft, followed by Texas, Illinois, Georgia and Florida, with the report noting that “It appears as though organized cargo thieves are becoming more active in the greater Chicago area and are primarily targeting miscellaneous shipments (26 percent) as well as alcohol, electronics and metals (16 percent each).”

The center uses statistics reported by sources such as transportation security councils, insurance companies and law enforcement agencies. Not included in this report are last-mile courier thefts.

Theft of full-truckload freight continues to be the preference, accounting for 68 percent of all reported thefts in the third quarter of this year. Those amounted to a loss value of $140,275, a 10 percent decrease from the prior quarter of 2018.

Fictitious pickups — where a thief arrives with a truck and trailer pretending to be a professional driver with a scheduled load — accounted for 4 percent of third-quarter thefts, up 10 percent from second-quarter 2018 but down 3 percent from the same period last year.

As shown in the ©2018 Fotosearch photo above, unsecured parking areas continue to be the most prevalent location for large-scale cargo thefts; they were identified in 83 percent of thefts in which a location was known.

But “secure” parking areas weren’t ruled out. In fact, they accounted for 9 percent of the total thefts followed by warehouse and distribution centers at 8 percent.

So, it seems the thieves would rather take cargo that’s the least trouble to steal — unless it’s something of very, very high value.

Consequently, electronics were the top commodity stolen, accounting for 20 percent of total thefts in the quarter. Nearly half of electronics stolen (41 percent) were TVs and displays.

Third was the food and drink category at 13 percent, with the miscellaneous category coming in at 11 percent for fourth.

Compared with the third quarter of last year, theft of alcohol skyrocketed 637 percent, and was up 200 percent from the second quarter of 2018.