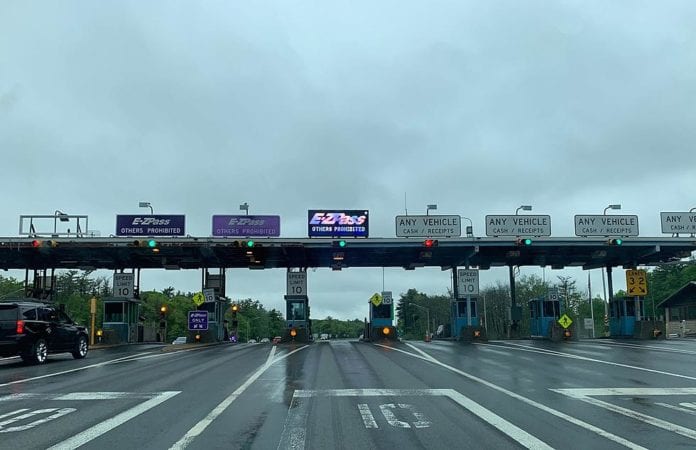 NEW HAVEN, Conn. – According to a report by Mark Davis, chief political correspondent for WTNH News, the Connecticut trucking industry is raising red flags over a ‘trucks only’ tolls plan that Governor Ned Lamont wants state lawmakers to pass as soon as possible.

The ‘Connecticut Motor Transport Association’ points to statistics that show the plan will hurt local businesses the most and that you will end up picking up the tab anyway.

The Governor is asking that transportation/trucks only tolls and several other pending issues be addressed in a Special Legislative Session the week of December 16.

That appears unlikely as the trucking industry strikes back.

Statistics released Wednesday indicate that 62% of the freight in Connecticut travels from place to place within the state and that ‘trucks only tolls’ will harm the state economy.

The President of the Motor Transport Association, Joe Scully, not convinced that any plan involving tolling trucks would only involve out-of-state trucks, saying, “Let’s forget about all this talk about out-of-state trucks. We have some real data showing that it’s in-state freight that’s going to be hit.”

One member of the association who operates a fleet of more than 35 trucks, says he may have to impose a surcharge of $100 to $200 dollars on every load if the tolls go in to effect.

Scully adding that the cost will be passed on to the consumers.

“With truck tolls you’re going to be taxing freight while it’s on the way to the marketplace and then it will be taxed again when the consumer or the ultimate end user goes to purchase it.”– THE PRESIDENT OF THE MOTOR TRANSPORT ASSOCIATION, JOE SCULLY

But the Democratic leader in the Senate, Senate President Pro tem Sen. Martin Looney (D-New Haven) notes that the language they are preparing would specifically give a break to local freight carriers by charging them only one toll per day per bridge.

He also says the 62% local freight statistic reinforces part of the Governor’s argument.

Senator Looney saying, “That very statistic does indicate that at least then 38% of the trucks are coming from out of state currently pay nothing.”

“The Lamont administration is going to heed the advice of some of the most important and influential employers in the state when it comes to the decision to invest in Connecticut’s infrastructure.Reducing traffic and improving public transit are the investments that will grow Connecticut’s economy, making our state a better place for business.

Trucks lead to more damage on highways, and the amount of congestion due to under-investment leads to reduced productivity, which is bad for business. The worst decision the state could make would be to leave things as they are, which is apparently what Mr. Sculley is suggesting.Further, there is no evidence that suggests charging vehicles to transport goods leads to higher prices. Texas, Illinois, Florida, New York, Massachusetts, Rhode Island, New Hampshire, and Maine all have tolls, does that mean that everything transported to, and then consumed in those states is more expensive? The argument is a fallacy.”

To see the video accompanying this story, please visit the WTNH website.