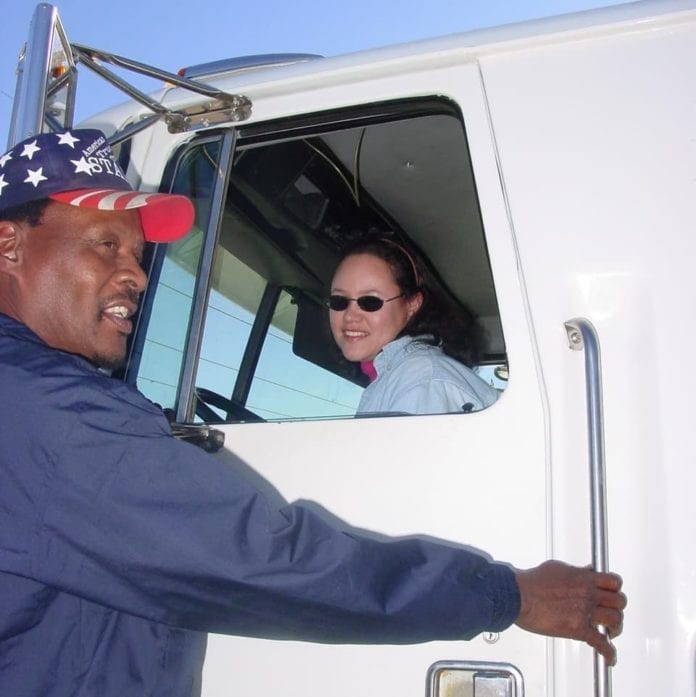 No date for publishing the notice about the delay in the Entry-Level Driver Training Rule has been set. The original compliance date for the rule had been February 2, 2020.

WASHINGTON — The Federal Motor Carrier Safety Administration is preparing a notice to be published in the Federal Register outlining the agency’s plan to delay implementation of the Entry-Level Driver Training Rule by up to two years.

“Following a careful review of the public comments regarding the Entry-Level Training (ELDT) rule, FMCSA is extending the rule’s implementation for two years,” said an FMCSA spokesperson. “This extension is reflective of the agency’s continued efforts to develop a secure and effective electronic trainer provider registry for the new rule. The Agency remains committed to making the implementation of the rule as efficient and effective as possible.”

No date for publishing the notice has been set, the spokesman said.

The original compliance date for the rule had been February 2, 2020.

FMCSA’s decision caught the industry off guard and frustrated.

“As an original member of the Entry Level Driver Training Advisory Committee (ELDTAC), I am particularly concerned over the additional two-year window needed to promulgate a rule that was finalized almost three years ago in an effort to create a safer, better-trained driver,” said David Heller, vice president of government affairs at the Truckload Carriers Association.

“We are extremely disappointed with proposed two-year delay, especially since the FMCSA has had three years to implement this regulation,” said Don Lefeve, president and CEO of the Commercial Vehicle Training Association, an organization that represents commercial truck driver training programs in the United States. “Having recently met with FMCSA to discuss this issue, I do believe that the new leadership understands the importance of training to highway safety and are now making the ELDT regulation a priority.”

“Delaying the ELDT directly contradicts FMCSA’s mission of reducing crashes, injuries, and fatalities involving large trucks,” said Todd Spencer, president and CEO of the Owner-Operator Independent Drivers Association. “Truckers will tell you the best way to promote safety is improving the driver training requirements and right now too many new drivers enter the industry without the basic skills or knowledge to safely operate a commercial motor vehicle. For decades, OOIDA has supported national ELDT standards and the Association was an active participant in the negotiated rulemaking process that began in 2015. The December 2016 final rulemaking established a three-year compliance period that should have been sufficient for the Agency and the states to prepare for next year’s implementation date. Any further extensions will only delay the safety benefits that will come from more comprehensive ELDT requirements.

ELDT requires certain individuals seeking a new commercial drivers license or an upgrade to an existing CDL to complete a prescribed program of theory and behind-the-wheel (BTW) range and public road instruction provided by an entity that is listed on FMCSA’s Training Provider Registry.

The rule incorporates performance-based concepts by requiring that driver-trainees demonstrate proficiency in both the BTW and theory portions of the curricula.

The final rule responds to a Congressional mandate imposed under the “Moving Ahead for Progress in the 21st Century Act” (MAP-21) and is based, in part, on consensus recommendations from the agency’s ELDTAC, a negotiated rulemaking committee that held a series of meetings in 2015.

“Allowing another two years for CDL mills to teach to the current standard of driver qualification requirements, Hours of Service, driver wellness and whistleblower protection is woefully inadequate and allows for a longer timeframe for these unsafe institutions to continue operating,” Heller said. “TCA will continue to stress the importance of quality training initiatives set forth by our industry to improve the safety performance of entry level drivers and create a driving force that is better prepared to operate on our nation’s roads.”

Heller said TCA was also concerned that the technical issues holding up the promulgation of this rule may plague FMCSA’s other database-intensive initiatives, such as the Drug and Alcohol Clearinghouse, but said the association would urge FMCSA to move forward with critical regulations in an expedient manner to remove confusion for the industry and maintain the highest levels of safety.

Spencer said OOIDA had concerns about one component of the entire ELDT rule.”

“While the regulations that were expected to take effect next year would have undoubtedly improved highway safety, the rulemaking still did not include any behind-the-wheel instruction necessary for acquiring a CDL,” he said. “This is difficult to comprehend when you look at some industries with far less public safety implications that require hundreds if not thousands of hours of training before licensing individuals. Even within transportation, commercial pilots typically need at least 250 hours of actual flight time before they can be licensed.”

Spencer said if the regulation is delayed another two years, OOIDA will continue working with Congress and FMCSA in order to establish substantive, mandatory minimum standards for behind-the-wheel training before the next implementation date.

The announcement of the delay in the entire rule followed by a few months the FMCSA proposing to extend the compliance date for two provisions from the final rule.

“Earlier this year, American Trucking Associations was supportive of a partial delay in order to advance the training requirements which were at the core of the rule,” said Sean McNally, vice president of public affairs. “We recognize some of the back end verification processes would be challenging, but believed that those issues should not delay the whole rule, despite the majority of comments the agency received.”

The proposed two-year extension of the two provisions would have delayed the date by which training providers must begin uploading driver-specific training certification information into the Training Provider Registry (TPR), an electronic database that will contain entry-level driver training (ELDT) information.

It would have also delayed the date by which State Driver Licensing Agencies (SDLAs) must confirm that applicants for a commercial driver’s license (CDL) have complied with ELDT requirements prior to taking a specified knowledge or skills test.

The FMCSA had said the extension of the two provisions would give the agency time to complete the IT infrastructure for the TPR to allow for the upload, storage, and transmission of the driver-specific training records. It would also provide SDLAs time to make changes, as necessary, to their IT systems and internal procedures that would allow them to receive the driver course completion information transmitted from the TPR.

FMCSA said it was proposing to extend the compliance date of the two provisions at this time so that SDLAs and other stakeholders can take the proposed delay into account when setting budget and resource allocation priorities.

The final rule also defined curriculum standards for theory and behind-the-wheel (BTW) instruction and requires that SDLAs verify ELDT completion before allowing the applicant to take a skills test.

The final rule also established the TPR, an online database which would allow ELDT providers to electronically register with FMCSA and certify that individual driver-trainees completed the required training. The rule set forth eligibility requirements for training providers to be listed on the TPR, including a certification, under penalty of perjury, that their training programs meet those requirements.

The final rule, when fully implemented, will require training providers to enter driver-specific ELDT information, which FMCSA will then verify before transmitting to the SDLA.