TALLADEGA, Ala. —John Ray, whose big rig sporting a giant American flag became iconic during Talladega Superspeedway’s national anthem performances, has died, according to a news release. The former NASCAR driver was 82 years old.
Since 2001, Ray had driven his gold, brown and chrome Peterbilt with a large American flag down the Talladega frontstretch prior to the start of races.
“National anthems at Talladega Superspeedway are the most iconic, and it’s because of our great friend John Ray,” said Speedway President Brian Crichton. “What he brought to our fans can’t be duplicated. He was an incredible, passionate man who supported the track and all of motorsports with everything he had. His spirit will live here forever. Our thoughts and prayers are with the Ray family.”
For more than 40 years, Ray was a member of the White Flag Club, a dedicated service group of local businessmen from surrounding communities that assist during race weekends.
In 2001, after the 9/11 terror attacks and the tragic passing of his longtime friend Dale Earnhardt Sr., Ray, along with then Talladega Superspeedway Track Chairman Grant Lynch, looked to boost the morale of a country, and a fan base that had gone through tough times.
“I had a crazy idea to run my rig out on the track with an American flag attached to the back,” said Ray, who lived down the street from the track in Eastaboga, three years ago. “It started off as a tribute to the country and to Dale.
“I never thought it would become the heart-felt moment that it has over the past some-odd years, but I’m glad it has become a tradition that means so much to the fans and the Talladega family. It represents such a sense of pride that we all share together as a nation and as a community. It is my honor and privilege to do it,” added Ray, who eventually gave up the driving duties of his big rig and handed them off to his late friend Roger Haynes, and last year to his son Johnny.
That wasn’t Ray’s first time at the 2.66-mile track. Ray, who owned “John Ray Trucking Company” since the early 70s, actually set the world speed record for a semi-truck and trailer around the mammoth track at 92.083 mph in 1975 — in a powerful Kenworth.
“We were testing brakes for a company out at the track,” Ray said. “One thing led to another — and there I was truck, trailer, and all — making my way around the track, trying to set a speed record. It was something else.”
Ray drove in the NASCAR Cup Series from 1974-1976. He competed in eight races, four at Talladega (where his best career finish was 22nd in 1974), but an accident at Daytona in 1976 ended his driving career. He continued as a car owner and essentially gave one of the sport’s greatest legends one of his first opportunities: 10-time Talladega winner Earnhardt. It would be Earnhardt’s third career start.
To read the full release, visit Talladega Superspeedway’s website. 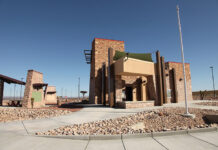 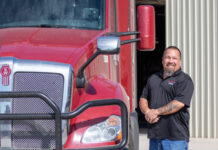 Trucking through COVID-19: Driver sees a good change coming out of a bad time 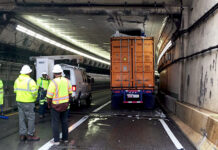