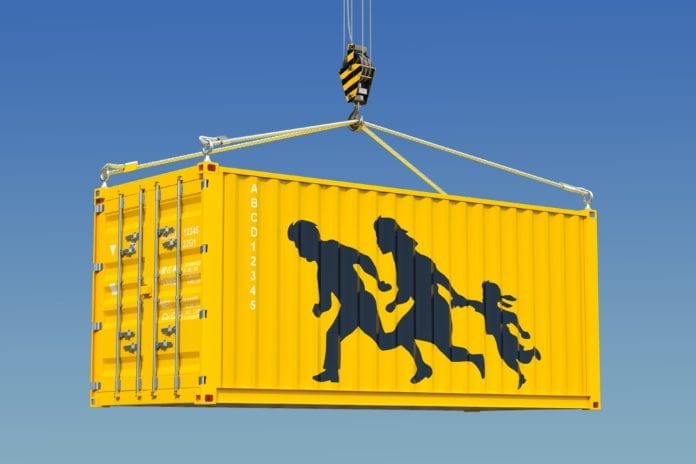 Some trucks used in the smuggling ring had air conditioning units, but didn't use them when carrying migrants. (FOTOSEARCH)

President Andres Manuel Lopez Obrador said authorities found a tractor-trailer disguised with the logo of a major grocery store chain. But instead of groceries, it was carrying about 150 migrants.

‘The (grocery) company has filed a complaint, because it was fake, it was camouflage to transport migrants,” Lopez Obrador said.

In June, Mexico detected five freight trucks carrying 925 migrants, almost all from Central America. Some of those trucks bore the logos of well-known firms, though it was not clear if those trucks were also fakes or had been used illegally by drivers without the companies’ knowledge.

Foreign Relations Secretary Marcelo Ebrard said that four or five of the freight trucks found in June belonged to the same independent trucking company, based in central Mexico.

Ebrard said the company operated trucks equipped with air conditioning units, but didn’t turn on the ventilation when carrying migrants.

That led officials to believe it was just a matter of time before migrants would die aboard the overcrowded vehicles.

“The biggest concern is that there is going to be a tragedy, that is what we don’t want,” said Lopez Obrador.