Home The Nation Polite protesting truckers get results in Washington

WASHINGTON — Naysayers had been at it since before the start of the May 1 “mayday” protest by small trucking business owner-operators. It seemed that no one, perhaps not even the protesters themselves, thought the protest would result in much change. Many thought that, like the “slow rolls” that happened in Houston, Los Angeles and Phoenix earlier, and even like past trucker demonstrations in the capital, truckers would do their thing and then go home, claiming victory for raising awareness of the truckers’ plight while accomplishing little, if anything.

This protest was different.

The movement of owner-operator trucks to parking places along Constitution Avenue almost didn’t resemble a protest at all. Horns were blown at specific intervals, but when is Washington ever without the din of traffic noise? In the COVID-19 pandemic environment, traffic was already severely reduced, and the usual throng of tourists was gone.

Well-mannered trucking-protest participants made friends of Metro and Park Police and Secret Service agents. Local residents and workers made signs for their cars and vans, mirroring the messages they had seen on protester trucks and blowing their horns, too. Smells wafted from charcoal grills as people gathered under waving American flags to share the dinner sizzling on the coals.

When the protest was over after three weeks, the giant piles of litter left after most protests weren’t there. The polite protesters left the area cleaner than it was when they arrived.

Still, the criticism continued. Some said the truckers were fighting for the wrong things. Others said they shouldn’t be protesting at all. Names were called. People were banned from social-media sites because of their ugly verbiage. And now that it’s over, some people question what was really accomplished.

A grassroots protest, however, isn’t a labor negotiation. It doesn’t end with a signed contract between union and management. And, under the United States’ form of government, there are no royal decrees to instantly settle disputes. There are channels to follow, agencies to involve. Tangible results take time, but they are results, just the same.

So, what results did the polite protesters achieve?

So, while concrete results are still to come, the protest has achieved more than anyone expected it to. Wheels are turning at DOJ and FMCSA, under the watchful eye of President Trump and his staff. Voices have been heard.

More importantly, the protest has brought together more truckers than any in recent memory. While it’s doubtful that the number of trucks in Washington ever exceeded 200 at one time, many participants rotated in and out, trying to devote time to the cause while dealing with personal and family matters and maintaining at least a partial revenue stream for their businesses. Estimates range from 500 to 1,000 total truckers spending at least some time at the protest.

One group, The Disrespected Truckers, had less than 3,000 members prior to the protest. In less than three weeks, that number swelled to more than 9,000. The usual complaints about the business of trucking were replaced by discussion of the protest and its goals. Other Facebook groups have seen similar results. Even as the protest was winding down, some truckers were still on their way to Washington to join in.

The protesters know there are remaining issues to resolve, and the fight isn’t over. In trucking, there will always be more issues to resolve. If needed, one strong and growing group of owner-operators is ready to return to Washington to politely resume the fight. 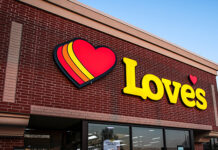