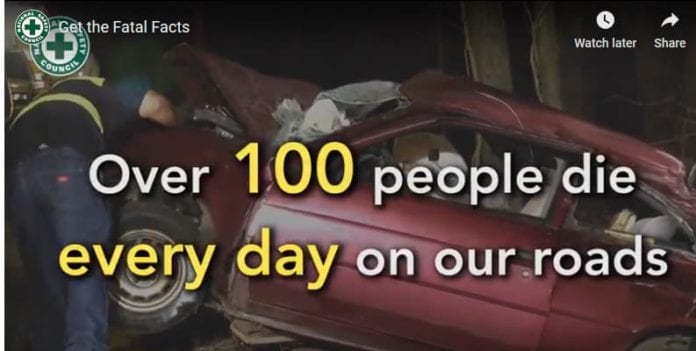 CHICAGO — For the first time since the Great Recession, the U.S. has experienced three straight years of at least 40,000 roadway deaths, according to preliminary estimates released Wednesday by the National Safety Council.

In response to the NSC’s preliminary figures, Securing America’s Future Energy (SAFE) reiterated the need for policymakers to expedite the deployment of autonomous vehicle (AV) technology to curb this trend.

Florida, Hawaii, Minnesota, Nevada, New Hampshire, Oregon, Pennsylvania and Washington, D.C., had at least a 5.8 percent spike in fatalities, according to Council estimates.

The Council’s preliminary estimate signals a leveling off after years of consecutive rises.

It’s Council estimates do not reveal causation; however, 2017 final data show spikes in deaths among pedestrians, while distraction continues to be involved in 8 percent of crashes, and drowsy driving in an additional 2 percent.

“Forty-thousand deaths is unacceptable,” said Nicholas Smith, interim president and CEO of NSC. “We cannot afford to tread water any more. We know what works, but we need to demonstrate the commitment to implementing the solutions. Roadway deaths are preventable by doubling down on what works, embracing technology advancements and creating a culture of safer driving.”

All estimates are subject to slight increases and decreases as the data mature.

NSC collects fatality data every month from all 50 states and the District of Columbia and uses data from the National Center for Health Statistics, so deaths occurring within one year of the crash and on both public and private roadways – such as parking lots and driveways – are included in the estimates.

“A death toll of over 40,000 for three straight years is unacceptable, especially given the suite of driver-assist and crash-avoidance technologies we have available right now. If we employed all those technologies today, we could save approximately 9,900 lives every year,” said SAFE President and CEO Robbie Diamond. “The death toll on our roads has reached epidemic proportions and as 94 percent of crashes are caused by human error, autonomous vehicles are the vaccine. It is vital we perfect and deploy this vaccine as soon as possible, because every day we delay is another day that lives are needlessly lost.”

Diamond said research from Boston Consulting Group has concluded that 28 percent of all crashes in the U.S. could be prevented if all cars were equipped with the advanced driver assist technologies available today. As a result, these technologies could prevent approximately 9,900 fatalities and save about $251 billion to society every year.

For more information on the 2018 preliminary data, click here.