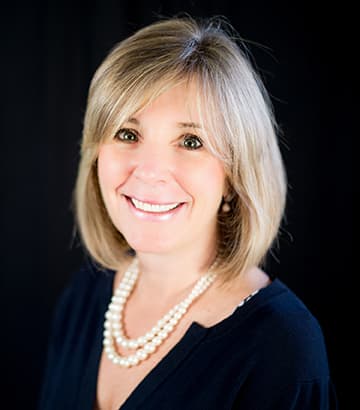 Debbie Sparks, whose career in the transportation industry has included stints at the American Trucking Associations and at the Truckload Carriers Association, will serve as vice president of Women In Trucking starting in 2020, with the understanding that she will eventually succeed WIT founder Ellen Voie as president. (Courtesy: WIT)

Plover, Wis. — The Women In Trucking Association (WIT) today announced the organization’s CEO succession plan. Deborah Ruane Sparks, an experienced industry professional, will take on a newly created role as vice president in anticipation of succeeding current WIT president and CEO Ellen Voie upon her retirement in the coming years. Sparks will assume her new position in January 2020.

Voie founded WIT in 2007 and has become a powerful voice for gender diversity in the transportation industry. Today, the nonprofit organization’s mission is to encourage the employment of women in the trucking industry, to promote their accomplishments and to minimize obstacles faced by women working in the industry. WIT experienced dramatic growth under Voie’s guidance and now has more than 5,000 individual and corporate members in 10 countries. The organization has received numerous awards, including the Transportation Innovators Champion of Change from the White House.

“Ellen Voie has such a remarkable passion for our mission,” said Laura Roan Hays, WIT’s current board chairwoman. “It was a priority for the board to find a successor with that same level of commitment. Debbie Ruane Sparks is the perfect candidate. She was instrumental in helping to establish WIT in 2007 and served on the association’s original board of directors. We are thrilled that she is returning to help lead the organization and work with Ellen to ensure a seamless transition as the future face of the Women In Trucking Association.”

Sparks has been involved in the transportation industry for nearly two decades. She currently serves as director of transportation and community outreach at Wreaths Across America and will be continuing in that capacity through the end of the year. Previously, she served as vice president, business development, at the Truckload Carriers Association and as director of marketing for American Trucking Associations.

Sparks will start her role at Women In Trucking with a number of new projects, including establishing a driver ambassador and managing WIT’s U.S. and Canadian Image Teams in addition to other duties.

“We have supported WIT’s growth by expanding our team to include five employees in addition to our association management firm, MindShare Strategies,” Voie said.  “Now, with Debbie on board, we can further advance our mission and position Women In Trucking for continued growth. She will be an amazing asset in our efforts to increase gender diversity in the transportation industry.”