ARLINGTON, Va. — The annualized turnover rate at both large and small truckload carriers rose in the third quarter, according to American Trucking Associations’ Quarterly Employment Report.

The turnover rate at large truckload fleets – those with more than $30 million in annual revenue – jumped nine points, the largest quarterly increase since the second quarter of 2016, to an annualized rate of 96%.

The increase set the figure at its highest point since the second quarter of 2018. The churn rate at smaller carriers also rose – ticking up six points to 73% from the lowest level since 2011.

“Counterintuitively, we saw turnover rise even as the freight demand was relatively soft,” said ATA Chief Economist Bob Costello. “While turnover rose at both small and large carriers, the reasons were quite different. Large carriers reduced the number of drivers they employed, in keeping with lackluster freight levels, but smaller carriers added to their driver pools, increasing their number of drivers by 1.9%.

Turnover at less-than-truckload carriers dropped four points to an annualized rate of 9% – the lowest level it has been at since the final quarter of 2017.

The third quarter 2019 rate is in stark contrast to the comparable quarter in 2018 when the turnover rate fell 11 percentage points – dropping it to 87 percent, marking its lowest point since the first quarter of 2017 when it stood at 74 percent.

The third quarter 2018 drop also reversed two consecutive quarters of increases in the turnover rate, which had driven up the churn rate as high as 98 percent – 10 points higher than at the end of 2017.

“The drop in turnover can be potentially explained in a few ways,” Costello said in 2018. “First, large pay increases fleets have been offering appear to be working, and drivers are remaining with their current carrier. Second, we did see a softening of freight markets in the third quarter from the incredibly strong pace it had set earlier in the year. Historically, softer freight volumes lead to lower driver turnover.” 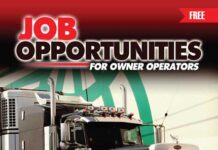 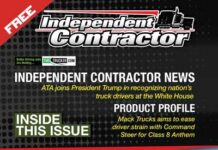 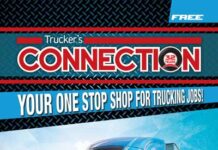