As a boy growing up on a small family farm outside Neosho, Missouri, in the 1960s, Don Lewis was no stranger to trucks and heavy machinery; hauling hay was all in a day’s work, and driving a truck was not considered an “adventure.”

That all changed when, as a teenager, Lewis struck up a friendship with a neighbor — who just happened to be a truck driver.

“He had a Peterbilt, and it was big and shiny red,” remembers Lewis, now 70. “If he was home on the weekends, after I finished my chores, I’d go down there and help him polish it. I was always asking him questions: ‘What’s this do?’ or ‘How many gears has this got in it?’”

One day that neighbor invited Lewis, then 16, to ride along on a three-day run.

“I said, ‘Oh yeah, man. I want to go. You betcha!’” chuckled Lewis. That adventure was the first of several, he said, adding that when he was 17 the neighbor began to teach him to actually drive the rig.

Long before he was eligible to earn what was then called a “chauffeur’s license,” Lewis grasped every chance to drive that came his way; then at age 22 he landed his first job as a professional truck driver. Since that time Lewis has logged nearly 6 million accident-free miles (5.7 million, to be exact).

“A lot of it is by the grace of God and luck,” shared Lewis. “Every morning when I get up, before I ever turn the key to start the truck, I ask the Lord to watch over me and my family and help me make good decisions. And I keep my head on a swivel all day long. You’ve got to know what’s going on around you.”

During his nearly 50 years of driving, Lewis has worked as both an owner-operator and a company driver, as well as a certified driver instructor and trainer.

“I always made it real simple,” Lewis said of his approach to training up-and-coming drivers. “I’d say, ‘You see that line there on the right?’ and they’d say, ‘Yeah.’ ‘You see that line in the center?’ ‘Yeah.’ ‘Well, you keep this truck between them, because if you put my feet in the grass, you’re walking home,’ I’d tell them.”

Lewis met his wife of 28 years, Dianna, while working as a driver instructor at Crowder College in Neosho. “She was one of my students,” he said, adding that the couple drove as a team until an injury made it difficult for Dianna to climb in and out of the cab.

For the past 19 years Lewis has been an over-the-road driver for Wilson Logistics in Springfield, Missouri, where he has earned a reputation for being safe, dependable, and professional, as well as simply “a great guy,” according to co-workers.

“The simplest word to summarize who Don is as a professional driver and his career is ‘remarkable.’ Don’s personality, professionalism, and commitment to safety are to be remarked upon as a true professional company driver,” said Wilson Logistics President and CEO Darrel Wilson.

“Don is what I call the ‘quintessential truck driver,’” added the company’s Vice President of Safety and Training Scott Manthey. “When you think about truck drivers years ago, when they were considered the ‘heroes of the highway’ — that’s Don.

“I’ve only known Don for three years, but he’s a standout guy,” continued Manthey. “He does his job and he does it well. He comes in and he’s the guy that, even if it’s a crummy day out, he’s got a smile on his face. He’ll give you the shirt off his back, even if he’s cold. He’ll help anybody out.”

“I’m very honored. It’s a very humbling experience,” said Lewis, adding that even though he had carefully written a two-minute speech in case he was selected for the honor, the message he delivered during the closing banquet at convention was probably “the shortest acceptance speech that they have ever heard.”

After thanking TCA, contest sponsors Love’s Travel Stops and Cummins, as well as Wilson Logistics, Lewis said, “I thanked my wife for standing there beside me — not behind me, but beside me — all those years, and I just got misty-eyed and couldn’t see anything on that paper. So I thanked everybody again and told them to have a good night; then I turned around and looked at Darrel (Wilson) and I said, ‘Let’s go.’ And we walked off stage.”

In addition to an engraved plaque, Lewis received a check for $25,000 in honor of his achievement.

“I was looking at that plaque and thinking, ‘All right! This is going to really look good on the wall,’” he said. “I never even thought about the check until they brought it around to the table. I forgot all about the money!”

The bulk of that check is resting in the bank, though Lewis said the couple have used some of the money for “a couple of things that have come up.”

“Basically I’ll leave spending it to my wife, because there’s really not anything that either one of us wants or needs,” he laughed.

Reflecting on his decades as a driver, Lewis said he “wouldn’t change a thing.”

“I’ve had a wonderful career. This industry’s been very good to me,” he said. “I’ve seen just about every inch of this country, from top to bottom and side to side, and just about all of Canada, too. I have thoroughly enjoyed it. I still enjoy it; that’s why I’m still doing it.”

While Lewis enjoys relaxing — hunting, fishing and golfing are among his favorite pastimes, along with camping trips with his wife, children, grandchildren and great-grandchildren — he said he does not plan to retire in the near future.

“Actually, I have tried to retire, I guess about three times, and the longest it lasted was three months,” he said. “I still love what I’m doing. As long as I can pass my physical and I’m healthy and they’ll let me drive, I’m going to continue doing it.” 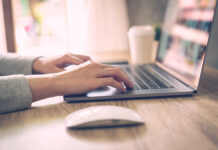 Throughout this unprecedented time, the Truckload Carriers Association has made it a priority to provide our members with valuable resources. In addition to daily news... 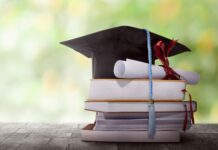 Since 1973, the Truckload Carriers Association Scholarship Fund has been helping students with connections to the truckload industry. The fund awards up to $6,250 per...