The inaugural award recognizes the lasting legacy Congdon has created at ODFL, in ATA and throughout the trucking industry from a career that spans more than half a century.

“Earl comes from one of trucking’s great families. He grew his parents’ company, which began with one truck in 1934, into a billion-dollar, worldwide, world-class carrier,” said ATA President and CEO Chris Spear. “His story is trucking’s story. The strength of our industry draws from remarkable family-owned and family-run companies like Old Dominion, and none exemplify that culture like the Congdons do.”

Headquartered in Thomasville, North Carolina, ODFL was founded in 1934 by Earl’s parents, Earl and Lillian Congdon.

Following the passing of Earl Sr., Earl joined the company, which soon began growing its network and expanding into new markets over the course of several decades. The company went public in 1991 and, since 1998, has acquired more than eight trucking companies to further its expansion.

Today, ODFL employs more than 17,000 people and does nearly $3 billion in revenue.

Spear said Earl Condon’s legacy extends well beyond ODFL. He has been a champion for the trucking industry, working to burnish its image as a ground-level member of Trucking Moves America Forward.

Many communities and organizations have been touched by his charity, including a pledge of $15 million to High Point University for the School of Health Sciences and a proposed school of Pharmacy.

He has endowed a scholarship at the university’s School of Business, and he and his wife are donors to the New Hanover Regional Medical Center Foundation.

Since the United Way began its CANpaign food drive in 2010, Old Dominion has donated a driver and trailers to carry the food, totaling approximately 100,000 pounds each year.

“Earl is a titan of trucking who has made an indelible mark on this great industry of ours,” said ATA Chairman Dave Manning. “He has paved the way for so many to follow his lead, and we could not be more proud and grateful for his service and commitment to the ATA family.” 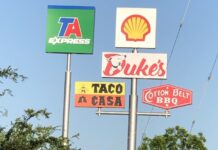 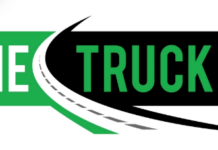