CHICAGO — Rand McNally has expanded its ClearDryve line of headphones and headsets, debuting three new devices. ClearDryve is the company’s line of wireless stereo headphones that convert into mono headsets through removal of one earcup, providing flexibility for over-the-road drivers.

Ongoing road testing and tuning resulted in an exceptional level of noise cancellation through premium earcups and noise suppression through the boom microphone, according to Rand McNally. The unique 2- in-1 design provides professional drivers with two high-end products in one.

“We have seen an amazing response to ClearDryve in the past 18 months since we launched the first device, including two CES Innovation Award honors,” said Stephen Fletcher, CEO of Rand McNally. “The next three ClearDryve devices we’re launching have been fine-tuned even further, with additional features.”

The three new ClearDryve models include:

The company first launched an over-the-ear model, the 200, in August 2018, followed by a second model, the 180, with on-ear cups, a year later. Rand McNally also offers an entry-level ClearDryve model, available exclusively in Walmart stores. Developed by Rand McNally engineers and designers, in concert with audio experts, the devices block and/or eliminate 90% to 95% of ambient sound.

“Professional drivers deserve a hard-working headset with exceptional noise cancellation at a decent price,” Fletcher said. “The fact that the ClearDryve line enables drivers to also use the devices as high-end headphones, provides even more value.” 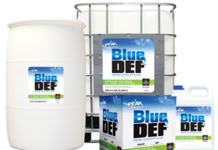 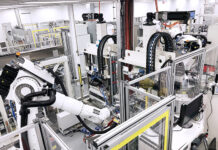 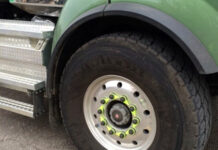