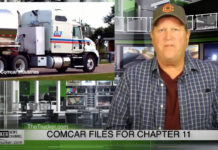 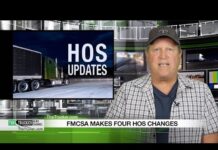 This crash occurred early the evening of March 1, 2020, on I-80 between Rawlins and Wamsutter, Wyoming. Three people were killed
Linda Flores posted this video to YouTube.
In her own words…
My nephews and I were on our way to denver from utah. All through wy. I could not drive faster than 40mph. The signs through out interstate 80 advised us of icy roads,  low visibility, high winds, bad wheather conditions!! As we approached the incident we did not notice anything was wrong with the west bound lane because I was focused on the road ahead of me, until I noticed s large white van fly of the westbound road on its side! I yelled at the kids “did you see that”. And there was s man in an orange jacket flagging the eastbound lane. And the semi infront of us pulled over. I assumed that the eastbound was also in a pileup and pulled over. We tried calling 911 they said they had multiple calls and I didn’t know where we were on the interstate? Officers began to arrive moments later!!