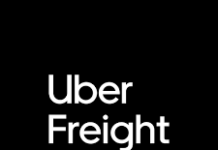 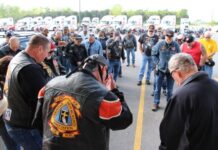 In this video we cover…

The FMCSA makes changes to hours of service. Also, some top freight brokers layoff staff. Plus, we have some wild video of cops on the run from an out of control semi in Texas. These are just some of the stories we’re covering on this edition of The Trucker News Channel.

The FMCSA has published a final rule updating hours of service. The agency will increase the safety and flexibility for the 30 minute break rule by requiring the break after eight hours of consecutive driving, and allowing the break to be satisfied by a driver using on-duty, not driving status, rather than off-duty status. A modification also in the sleeper berth exception to allow drivers to split their required 10 hours off-duty into two periods. Also, a modification in the adverse driving conditions exception by extending by two hours the maximum window during which driving is permitted. And lastly, a change in the short haul exception from 12 to 14 hours and extending the distance limit which a driver may operate from 100 air miles to 150 air miles. For a list of all the changes, you can go to thetrucker.com.

COVID-19 has hit the trucking industry hard, and there’s no doubt about it, especially when you look at those freight rates. There’s also no doubt about the freight brokerage industry having some problems, too. Being in the hot seat with all the national protests from the driver community calling on others to just say no to cheap freight. It’s been no picnic for these freight brokers either, as Business Insider has recently published a list of top brokerages who have either had to furlough or let go of staff in light of the current COVID-19 crisis and lower rates. According to BI, they are Coyote Logistics, letting go 27 employees; Flexport, 50 employees; Next Trucking, 70 employees; Arrive Logistics, 110 employees; and as far as TQL, the brokerage really in the crosshairs of some recent videos posted by a trucking group, their numbers are unknown but FreightWaves recently reported it was in the hundreds.

The cops in Belton, Texas are certainly on their toes, and this video proves it. Dash cam footage captures the officers investigating an accident involving a semi on I-35. That’s when they spot a second semi-truck driver traveling southbound while he loses control in the rainy weather, crossing the median and the frontage road and then heading straight for them. The officers sprint out of the way, and fortunately no one was hurt, but this is a pretty crazy video. Take a look.

Time is money, and CAT Scale can help your drivers save time weighing. Drivers know their axle and gross weights before pulling off the scale, and CAT Scale weights are always guaranteed. Drivers get back on the road faster with the Weigh My Truck app from CAT Scale.

Peterbilt Motors Company has announced the return of the model 389 Pride and Class package due to popular demand. The P&C was introduced with a limited production run in 2014 and again in 2017. Key external features of the model 389 Pride and Class package include a highly polished hood crown, a brightly polished hood spine, chrome hood side accents, and polished hood fenders. The iconic exterior look is finished off with a polished exterior sun visor, bumper, exhaust stacks and an exclusive Pride and Class emblem on the sleeper. Sweet looking rig. And if you’re so inclined to order one, you can put in your order by going to peterbilt.com.

One thing we really enjoy here at The Trucker News Channel is attending the truck shows as it gives a chance to meet with you, the viewers. However, this year is a little different. First, MATS canceling, then GATS, and now the Walcott Jamboree is going to be online. Since it’s inception in 1979, the Trucker’s Jamboree has been celebrating America’s truckers. However, this year the event will be held only online and not at the Iowa 80 truck stop, where last year, 40,000 people attended. The online event will be held July 9 through the 11, and the event organizers say the professional CDL holders can still receive a free meal at the Iowa 80 Kitchen restaurant during those days.

That’s it for this edition. If you’re watching this on YouTube, make sure to click that little red subscribe button below. You can also go to thetrucker.com to read the latest breaking news stories. That’s all. So, on behalf of myself and everybody else at The Trucker News Channel, thank you for watching.