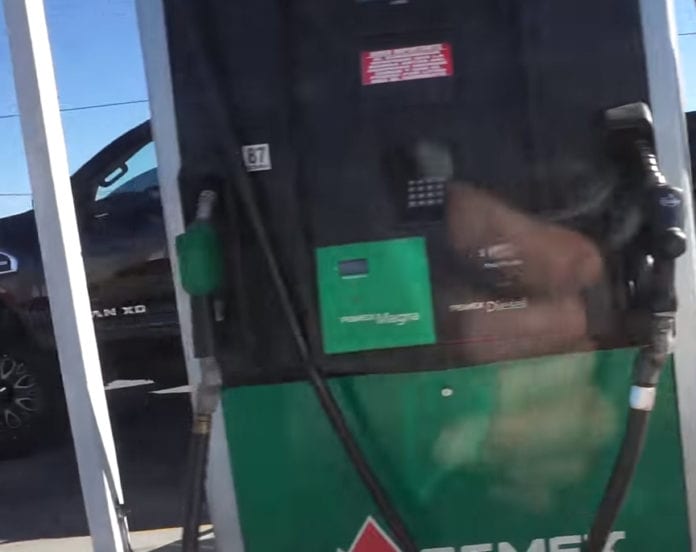 MEXICO CITY — Protests by Mexico’s truck and bus drivers are snarling traffic around the country.

The Mexican Alliance of Drivers Organization says its members are striking on the country’s principal highways in 32 states.

They are also blocking some lanes at the principal entrances to Mexico City and surrounding the country’s Congress. In most cases they were blocking only some lanes Tuesday, but letting traffic pass.

The drivers are demanding a ban on double trailer trucks, long seen as a danger on the highways. They’re also complaining of high tolls and fuel costs. And they demand better highway security and an end to abuses by authorities.

According to an article in the Latin American Tribune, the representative of the National Confederation of Urban and Suburban Transport Operators, Mario Hernandez, said the strike would immobile about a million vehicles.

He stressed that the protest was a “technical strike” since aside from it being carried out peacefully, he said that “there will be no blocking of highways, bridges, ports or airports.”

But, the Associated Press said, lanes were indeed blocked

The leader of some 25,000 passenger-transport operators said that the measure seeks to pressure the federal government because of its “lack of the sensitivity” in responding to the request.

“The prices of fuel go higher every day” and it’s impossible to cover all the costs, the leader said.

Joining in the protests are such organizations as the National Farm Workers Corporation (CNC), the Autonomous Transport Operators Alliance of the Mexican Republic, construction trucking services and the Streetcar Alliance of Mexico, among many other organizations.

“We ask that this price be maintained all year and that starting in 2010 the price of diesel and gasoline be adjusted according to the annual inflation index,” Hernandez said.

The leader said that since January last year, the authorities began a price increase on fuels with the intention of equaling prices in the United States, which Monday averaged $3.064 a gallon.