The association is headquartered in Alexandria, Virginia, with easy access to the nation’s capital, the Department of Transportation, and other trucking-related organizations. TCA is led by a 10-member board of directors made up of top-level executives of association members and a staff of 13 professionals.

For more information about Truckload Carriers Association, or how to join, visit www.truckload.org.

CHAT WITH THE TCA CHAIRMAN
Sponsored by McLeod Software

More Chat with the Chairman

A Good Time to Become Involved
Truckload Authority Staff – May 7, 2021

Since its inception in 1997, Truckload Carriers Association’s Highway Angel program has recognized professional truck drivers for the exemplary courtesy and courage they have shown others while on North America’s roadways while on the job.  Their good deeds range from simple acts of kindness, such as fixing a flat tire, to heroic life-saving efforts, such as pulling someone from a burning vehicle and administering CPR.

Truckload Carriers Association provides opportunities for its members to educate and train their skilled workforces in order to develop a safer, smarter, more profitable industry. Truckload Academy offers educational tools suitable to train every aspect of a member’s fleet from managers to insurance purchasers.

TCA members who are committed to furthering professional development can consider Truckload Academy Certificates. In its unfaltering commitment to the industry, Truckload Academy developed and continues to grow this program for professionals who are dedicated to advancing their careers and contributing to the success of their companies. 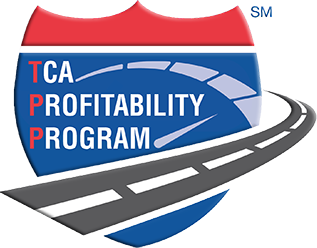 TPP’s multi-tiered system allows carriers the flexibility to choose exactly how much time and resources they want to dedicate to the program, with plans ranging from simple snapshot composites to full online access and bi-annual meetings.

TCA DRIVER OF THE YEAR CONTEST

The overall goal of the TCA Driver of the Year Contest is to recognize and pay tribute to the company drivers and owner-operators who provide reliable and safe truck transportation in moving the nation’s goods.

Three finalists are chosen for the company driver and owner-operator categories from which a grand prize winner will be selected from each category.

Each fall, TCA members submit online applications for one of trucking’s most important competitions — the Fleet Safety Awards. Carriers placing first, second, and third in each of six mileage-based divisions are honored.

The winners are selected based on their accident ratios in any given year. Division winners are subject to an audit for ratio accuracy and invited to compete for one of two grand prizes — carriers with annual mileage of 25 million or fewer miles vie for one, while companies with more than 25 million miles compete for the other.

The grand prize winners are announced each year at TCA’s Annual Convention.

Launched in 2008, Best Fleets to Drive For is the only annual program dedicated to uncovering the best workplaces in the North American trucking industry. Produced by CarriersEdge, in partnership with Truckload Carriers Association, Best Fleets to Drive For recognizes the for-hire fleets providing exceptional workplace experiences for their company drivers and independent contractors.

Each year, we do in-depth interviews with the 100-plus nominated fleets, collect thousands of driver surveys, and identify the most successful programs and emerging trends across the industry. In addition to recognizing winners in multiple categories, we also share those findings through press stories, webinars, and public presentations at various industry events.

Since 1973, the TCA Scholarship Fund has been helping students with connections to the truckload industry. The Fund awards up to $6,250 per year, per full-time undergraduate college student. Much of our program’s support comes from within the truckload family — companies and individuals who are committed to our community’s future.

TCA SAFETY PROFESSIONAL OF THE YEAR

The TCA Safety Professional of the Year – the Clare C. Casey Award —  recognizes a person whose actions and achievements have had a profound and positive impact on safety on the nation’s highways and is dedicated to serving the industry, his/her company and the motoring public. A winner of the award must be employed full-time by a trucking company with motor carrier operating authority and must be directing safety activities for his/her fleet at the supervisory level.

The Past Chairmen’s Award is the highest honor given by the Truckload Carriers Association. Every year, TCA’s past chairmen present the award to a recognized industry leader who has made a significant contribution to the truckload industry, and is recognized as a successful businessperson and association leader. Contrary to the award’s name, the awardee does not have to be a past chairman of the association. Winners can be individuals outside the trucking industry as long as they have made a significant contribution to the truckload industry.