Home The Nation Somali immigrant driver shares story of happiness and success in trucking
Fahin Ahmed drives for Dart Transit. His ambition goes a lot further that just driving. One day, he wants his name painted on the side of a truck. (The Trucker: Kris Rutherford)

Okay. The Christmas/New Year’s Day holiday is over, and it’s time to return to school.
Let’s begin with geography. Today’s lesson is Somalia, a country in the Horn of Africa. It is bordered by Ethiopia to the west, the Gulf of Aden to the north, the Guardafui Channel and Somali Sea to the east and Kenya to the southwest.
It is located 9,376 miles from San Francisco (we’ll explain the significance momentarily) and 8,572 miles from Little Rock, Arkansas, where The Trucker met Fahin Ahmed on a crisp mid-winter afternoon in early January.
Ahmed is an immigrant success story in the making.
He’s been in America since 2005, when Ahmed, his mother and three brothers rejoined by a loving father who had left his family behind for three years in order to work at a service station in San Francisco (there’s the mileage connection) and save money to move the rest of the family to the United States. He chose San Francisco because of its climate, Fahin said.
When he arrived in the U.S., Fahin followed in his father’s footsteps by working at a service station.
Eventually, he found a job as a security officer at a company where he saw big rigs come and go on a regular basis.
Those comings and goings piqued his interest about the trucking industry.
“I asked the truck drivers ‘how much money are you guys making?’” Ahmed, now 36, said. “They said they made real good money.”
That was just what Ahmed wanted to hear, so a couple of years ago it was off to school to get his CDL at CRST International.
Upon completing CDL school, Ahmed worked for a while at CRST International, eventually taking a short one-month respite from driving before deciding he wanted to return to the road.
He landed at Dart Transit, a well-known carrier headquartered at Eagan, Minnesota.
“They hired me because they only require one year of experience,” Ahmed said.
When asked what he appreciated about driving a truck, Ahmed gave the same answer one usually hears from a truck driver, regardless of age and regardless how many years they’ve been on the road: he enjoys seeing the countryside.
But wait, another answer came quickly.
“What I enjoy the most is being able to make and save money,” Ahmed said.
Somalia, you see, ranks among the 10 poorest countries in the world. With a population of around 12.3 million, it is estimated that 43% of the population live in extreme poverty earning less than one U.S. dollar a day. Over half the labor force is unemployed.
Can you imagine the appreciation of a young man who can make as much or more money driving a big rig two miles down the road and earn more in two minutes than a fellow countryman can make in one day?
Ahmed said if someone asked about truck driving by someone who was considering it as a career, he would encourage them to sign up.
“The money is good, and the longer you stay in the business, the more you can make,” he added
One thing that Ahmed doesn’t like about driving in the U.S. is winter driving.
That’s understandable when you learn that the Somalia’s coolest average monthly low is 68 degrees in December and the highest average maximum is 106 degrees in June and July followed closely by August at 104 degrees and 102 in September.
“I don’t like the north during the winter. I try and stay in the warmer winter climates…Missouri, Arkansas, Tennessee, Alabama, Louisiana and Texas,” he said.
Ambition for Ahmed doesn’t end with just driving a truck.
“This is a long-term career for me,” he said. “I want to do this for a long time. I want to be able to buy and truck and get my name painted on the side.”
A wonderful ambition for a young man who is happy and doing well a long, long way from home. 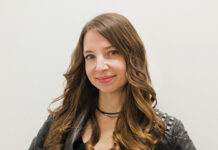 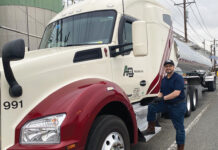