Home Business Average on-highway price of gallon of diesel up 1.4 cents to $3.064 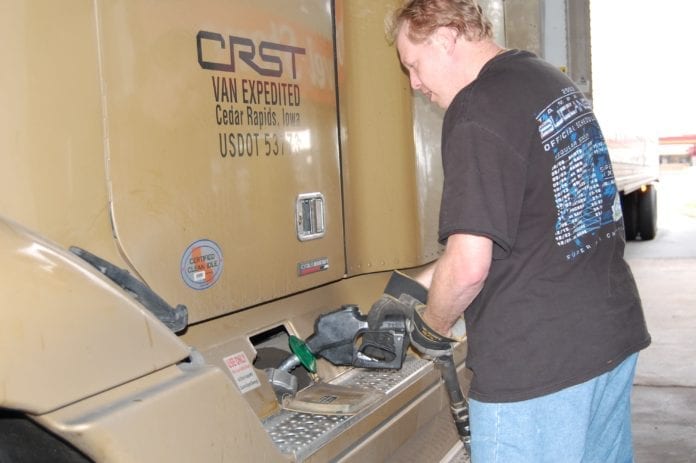 The price for the week ending October 28 was 29.1 cents a gallon lower than the comparable week in 2019. (The Trucker file photo)

WASHINGTON — The average on-highway price of a gallon of diesel rose 1.4 cents to $3.064 for the week ending October 28, according to the Energy Information Administration of the Department of Energy.

All but reporting region posted an increase led by an 8.9 cents a gallon increase on the West Coast minus California (Arizona, Nevada, Oregon and Washington).

The second largest increase was 4.9 cents a gallon in the West Coast region including California.

The price for the week ending October 28 was 29.1 cents a gallon lower than the comparable week in 2019.