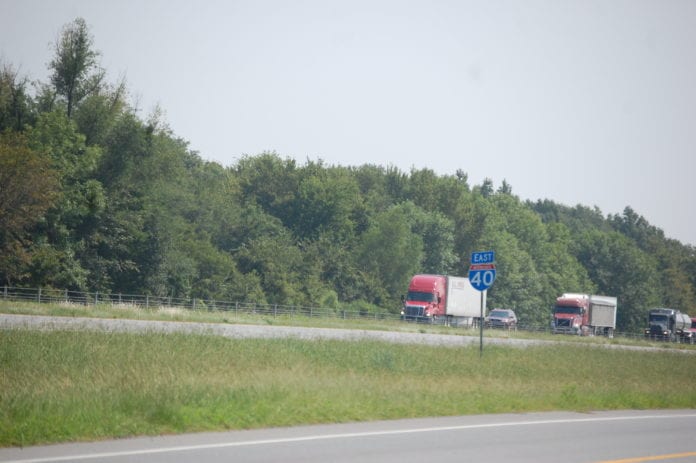 The overall number of loads posted decreased last week as road closures and limited access to the Carolinas likely prevented stronger demand from forming. This situation will likely turn around as relief and replenishment supplies move in.

One reason spot rates are higher is the price of fuel, DAT said. The national average price of on-highway diesel was $3.27 per gallon last week and is 23 percent higher compared to this time last year. Spot rates incorporate a fuel surcharge.

VAN TRENDS: The number of van load posts on DAT load boards fell 17 percent and truck posts dropped 21 percent compared to the previous week. That resulted in a 5 percent increase in the national load-to-truck ratio, moving up to 7.0 loads per truck. Van rates increased on several lanes from the Northeast and Southeast into Charlotte, including Philadelphia to Charlotte, which jumped 21 cents to $2/mile compared to the previous week.

REEFER TRENDS: Reefer load posts declined 19 percent while truck posts fell 21 percent last week. That resulted in a 3 percent increase in the load-to-truck ratio, from 7.7 to 8.0 loads per truck. The average rate tumbled on several produce lanes in the Midwest and Southeast:

For the latest spot market load availability and rate information, visit http://dat.com/trendlines and join the conversation on Twitter with @LoadBoards.