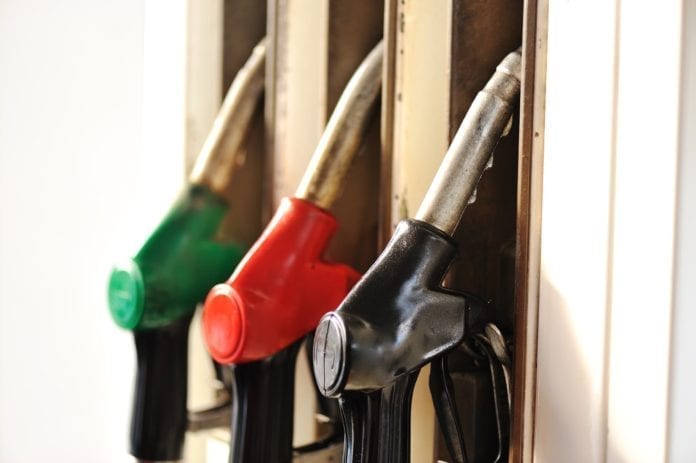 A House transportation committee gave the Democratic governor’s plan its first hearing. Supporters then rallied in the Capitol rotunda, where they heard key lawmakers and Walz urge the Legislature to approve the package. Altogether it calls for $77 million in new spending on roads, bridges and public transit for the two-year budget that takes effect July 1.

“There is no reason that Minnesota can’t have nice things,” Walz said. “And those nice things improve lives.”

Walz said the only obstacle “is the political will inside this building,” a reference to the strong Republican opposition to raising the gas tax by 20 cents a gallon from its current 28.6 cents per gallon. GOP leaders say there’s no need given the state’s $1 billion budget surplus.

Rep. Paul Torkelson, of St. James, the lead Republican on the transportation committee, said during the hearing that they all understand the need for increased investments in transportation — their differences are on what resources to tap for those investments.

But Walz says the gas tax increase is needed to provide a stable, long-term revenue stream for transportation projects.

“This is not a choice between raising the gas tax or not raising the gas tax,” the governor told the rally, which was heavy on public transit supporters. “This is a choice about having a robust, multi-modal, safe transportation system or having potholes that your children can drown in.”

Walz has been targeting Senate Republicans who represent districts he carried in the November elections. He touted his plan at a railroad crossing in Anoka on Tuesday that’s been dubbed the most dangerous in the state but made a political misstep in the process.

The senator who represents the area, Jim Abeler, didn’t get an invitation until shortly before the event. Abeler has sent mixed signals since then about whether he would support even a smaller gas tax increase. Given that Abeler broke ranks with fellow Republicans to override GOP Gov. Tim Pawlenty’s veto of the state’s last gas tax increase in 2008, he’s the kind of Republican that Walz needs to cultivate.

The governor told reporters he’s going to keep reaching out to Republicans.

“I’m going out to try to make the case to them, come to the table and talk to me about this,” he said. Let’s start to have the conversation.”