As road user charge pilot programs on trucks are being tested by state departments of transportation across the nation, a truck-only vehicle miles traveled (VMT) tax is being proposed by government officials.

Most recently, Republican Sen. John Cornyn of Texas floated the idea of a 25-cent tax on every mile driven by heavy trucks to bring in an estimated $33 billion a year.

“We’ve got to come up with some money from somewhere,” he said in a Senate Finance Committee on May 18. Cornyn referenced the need to build up the federal infrastructure fund, primarily financed by the federal fuel tax.

Double Diamond Transport Inc.’s CEO and Co-founder and the Truckload Carriers Association’s (TCA) Highway Policy Committee Chairman Adam Blanchard agrees with the need to generate funds, but not the method in which to do it.

“There’s no doubt that we need to improve our infrastructure and our highways in the United States, and we are in full support of making that happen,” said Blanchard. “But we certainly don’t believe we need to be the folks to bear the entire brunt of the funding.”

His viewpoint is shared by other trucking organizations such as TCA, the Owner-Operator Independent Drivers Association (OOIDA), and the American Trucking Associations (ATA). Blanchard also opposes all forms of VMTs.

“We simply need to raise the gas tax,” he said. “At the very least, we need to index the gas tax to inflation.”

The federal fuel tax — currently 18.4 cents per gallon on gasoline and 24.4 cents on diesel — has not been increased since 1993, and as it stands now, the Highway Trust Fund (HTF) will be exhausted by 2022.

This comes in the midst of research on VMTs from The Eastern Transportation Coalition (TETC), formerly known as the I-95 Corridor Coalition. The mileage-based user fee research is funded by the Surface Transportation System Funding Alternative (STSFA) Program authorized by former President Barack Obama in 2015. TETC, along with other state departments of transportation, were granted STSFA funding to create pilot programs of road user charge systems.

Although Blanchard does not support implementation of a VMT system, he said he would like to see more research on VMTs.

“There really hasn’t been enough attention focused on the trucking industry as we’re looking at a way to fund transportation,” said TETC’s Executive Director Trish Hendren. “That is of concern to the coalition. We’ve been working with the trucking industry throughout our 25-year history, and we understand that it’s a very complex, very diverse and heavily regulated industry that faces a lot of fees.”

So far, the coalition has conducted two mileage-based user fee (MBUF) studies, one in 2018-19 and another in 2020-21. While the coalition is still awaiting results and data from the second pilot program, the first showed key findings that an MBUF still requires more research before implementation.

The first truck pilot consisted of 55 trucks that traveled more than 1,430,000 miles across 27 states during the six-month program period. Those 55 trucks included 10 of Blanchard’s trucks from Double Diamond Transport.

The coalition collaborated with EROAD, a fleet management and tracking systems research partner, which created an in-vehicle device to compile MBUF data and streamline recordkeeping.

“There’s going to be a range of providers, and that’s the way it needs to be,” Hendren said of a real-life VMT.

The rates per mile in an MBUF system will have to take in account a range of average fuel efficiencies, the distance a truck can travel on a gallon of diesel, and states’ existing diesel taxes. For the pilot, TETC used an average of 6 mpg. However, TETC found that an actual per-mile tax rate in an MBUF system would need to vary based on the type, age, and typical operating weight of trucks as well as the mileage traveled.

From the first pilot, five key points were found:

Although Blanchard supports more research in the area of VMTs, his suggested funding mechanism would be to raise the federal fuel tax moving forward.

“It’s a system that works. It’s worked for decades. There are virtually no administrative costs to the government for the current taxing system,” he added. “It’s never made sense to us why you need to create a whole new tax regime that’s going to cost millions of dollars to administer. The ability to administer a vehicle miles tax doesn’t even exist right now. Even more than that, I think what you’re going to find is that a VMT system will be rampant with fraud and non-reporting.”

TETC’s further research includes analyzing the rate setting by developing per-mile rates for each state, taking into account weight variables for trucks, tolling systems, and improving operations of the pilot.

Within future studies, Hendren said setting up enforcement and compliance of an MBUF would also be a goal for the coalition.

“There is just a need to not treat cars and trucks the same,” she said. “If we move in this direction, everyone should do it. It shouldn’t be just one or two companies that follow the rules, so how do we as an industry set up enforcement and compliance in a way that is not burdensome? So, (we’re) talking to them about making it fair across the industry and making it set up in a way that is easy to fulfill.” 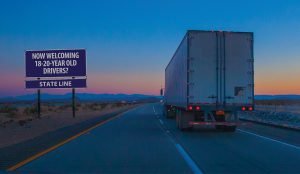 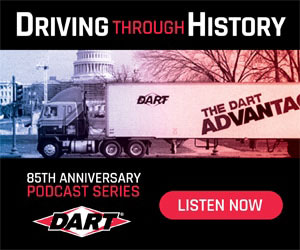 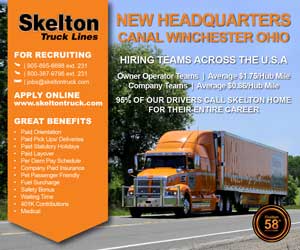