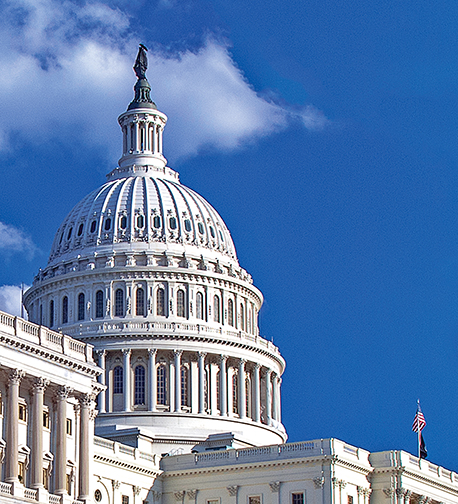 But the four Democrats and two Republicans are explicitly linked to the trucking industry in that they have reintroduced legislation in Congress dealing with automatic emergency braking (AEB), speed limiters, liability insurance, and truck parking.

Since all four bills died with the close of the 116th Congress last year, there’s little chance any of the four will become law on their own.

Their best chance might be to become part of a highway reauthorization bill to replace the Fixing America’s Surface Transportation (FAST) Act, which expires September 30 at the end of a one-year extension.

The best chances for a new highway bill might be considered two-fold: (1) The reauthorization bill Investing in a New Vision for the Environment and Surface Transportation (INVEST) in America Act, passed by the House Transportation & Infrastructure Committee along party lines and then included in the Moving Forward Act, which passed the full House in mid-2020, could become part of the Biden administration’s jobs bill, or (2) Congress could build on the Surface Transportation Act of 2021 passed by the Senate Environment and Public Works (EWP) Committee in May. (A new INVEST in America Act was introduced in the House June 4 and was scheduled for markup June 9. It calls for $549 billion in spending with $319 billion dedicated to roads and bridges.  Republicans called the act “the majority’s new ‘My Way or the Highway Bill 2.0.’”)

Given the political climate in Washington, neither of the two will likely materialize.

The four pieces of legislation include:

The Truckload Carriers Association (TCA) supports three of the four, and the organization and its members have mixed reactions to how much the minimum liability insurance levels should be.

As for AEB, most TCA carrier members already have the systems, which apply the brakes automatically when they sense a critical incident is about to occur, noted TCA’s Vice President of Government Affairs David Heller.

“Obviously, we support it,” he said. “It’s proven technology that has deemed itself successful in terms of motor carrier operations and safety.”

The bill does not require retrofitting any tractor that does not have the technology.

It’s Johnson’s third attempt to get an AEB law. The first was in 2011, and the second was in 2015 after five Georgia Southern University nursing students died when a truck failed to stop and collided into traffic stopped on I-16.

TCA’s speed limiter policy has long been in place, but the association is concerned about speeding in general, said Heller.

“Speed is continually ranked as one of the highest causes of crashes across the country and we need to get that situation under control,” he shared. “Having a speed limiter on trucks certainly does not eliminate those accidents at 45 mph in a 25 mph work zone.”

TCA’s policy says a truck’s maximum speed should be set at 65 mph or 70 mph with the use of adaptive cruise control and automatic emergency braking.

In 2016, the Federal Motor Carrier Safety Administration (FMCSA) asked for comments on a proposed speed limiter rule, but failed to get widespread support, primarily because it proposed three speeds — 60, 65, or 68 mph — as possible limits and because critics said the FMCSA did not provide an explanation for those potential options.

The Notice of Proposed Rulemaking (NPRM) was published in the Federal Register on August 29, 2016. Former President Donald Trump was elected November 8, 2016, and the proposal was dropped by his administration as part of a plan to reduce the overall number of federal regulations.

The association’s policy on liability insurance is that as national policy, motor carriers should be required to have liability coverage adequate to protect the public, at reasonable minimum limit levels, and that the rate should be reflective of the claims and safety experience of the motor carrier.

However, there is no consensus within the association membership on what that amount should be.

“We had a discussion in our Regulatory Policy Committee about potentially updating that policy, and the committee formed a subcommittee to examine it,” said TCA’s Government Affairs Manager Kathryn Pobre. “There was a lot of discussion, but the group could not come to a consensus on a number to attribute to that minimum.”

There are a lot more discussions that need to be had on the insurance issue, Heller said, adding that there is no data that shows the higher the liability insurance, the safer the trucking company.

Like the speed limiter legislation, the truck parking bill has been around the block before, primarily because of the murder of New York state professional truck driver Jason Rivenburg, who was unable to find safe parking and parked at an abandoned store in St. Matthews, South Carolina, where he was robbed and murdered in March 2009.

Just over a month later, several members of the House banded together to introduce Jason’s Law, which required the Secretary of Transportation to allocate funds to initiate a pilot program that would lead to increase parking available. The bill never made it out of committee.

After years of “talks,” a Jason’s Law was included in the Moving Ahead for Progress in the 21st Century Act, which was signed into law on July 6, 2012, and would allow funding to be provided for the states which are in most need of truck parking areas.

As required by the law, the Federal Highway Administration conducted a survey that pointed to — surprise, surprise — a lack of truck parking information and capacity across the nation.

“The answer to the question of whether there is a shortage of parking is both yes and no,” said Heller. “If we look at just the number of spaces that are out there, there is no shortage.”

It’s a matter of putting the spaces at the right location, such as along heavily traveled freight routes, Heller pointed out.

“When 10 parking spaces are left empty along a lightly traveled corridor in Wyoming, those spaces are useless, and a waste of very valuable pieces of real estate,” he added. “So it’s not a question of number of spaces, it’s a question of usable, realistic parking spaces to stop our trucks from parking on on-off ramps and at abandoned fuel stations.”

These four pieces of legislation are caught in the convergence of the Biden administration’s desire to get both a jobs/infrastructure bill quickly and a highway reauthorization bill passed before September 30.

Where, how, or even if they emerge is anybody’s guess. 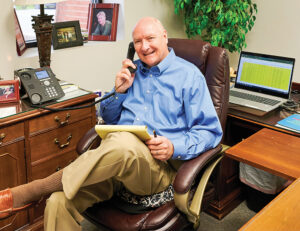