One trucking truth is that the larger your business grows, the less direct control you’ll have over it.

Some truck owners are content to remain one-truck outfits, reasoning that adding that second truck will mean having to depend on the actions of another person for at least half of the success of the business. Growing large enough to require a dispatcher or other support personnel adds even more layers of complexity.

Here’s another trucking truth: No matter how much you trust a driver, once the truck leaves your sight, you can never be absolutely sure what’s happening with that vehicle.

One solution most of the larger carriers, as well as many of the smaller ones, have turned to is in-cab video cameras. These systems record continuously, saving video segments when incidents are detected or when manually requested by the driver.

The simplest of these is the dash camera. Typically, dash cams save video to an SD card in increments ranging from 30 seconds to several minutes. When the card is full, the device records over older video. When an incident is detected, that segment of segment is saved to a separate file that is will not be overwritten. If the driver manually saves a video segment in which an event isn’t detected, that goes to a separate file, too.

Many of these cameras also record audio and can reveal unwanted driver behaviors, such as talking on a cellphone or a conversation with an unauthorized passenger. In addition, some cameras are equipped with GPS information that record location, speed and other factors.

These cameras offer some protection in the event of an accident, but you’ll have to wait for the truck to return to home base before you can check the video. Depending on how long the driver is out, incidents that did not result in a saved event may be overwritten. Incidents such as tailgating or lane departure may or may not be recorded — and even if they were, you’ll need to watch (and listen to) many hours of video to find out.

Another problem with dash cams is that most devices can display the video, allowing the driver to review and delete any video that might not be good for the boss to see.

Still, these basic camera systems are better than nothing.

Many small carriers, however, want more information about their trucks on the road and they don’t want to wait until the next time the truck is in the yard. Commercial video systems offer a wide variety of options that provide more information.

Driver-facing cameras are unpopular with many drivers, who consider them an invasion of privacy — but they offer one way of revealing unsafe activity in the cab, such as use of a handheld device. They can also reveal unintended behavior, such as the driver nodding off due to fatigue or other issues. Some systems are even equipped with bio-sensors that measure the driver’s head and eye positioning, issuing an audible warning if the driver is distracted or sleepy.

Camera systems offer a variety of access methods, with some offering live access via a computer or smartphone. Some systems must be downloaded when the driver returns. This can be done wirelessly in some cases.

Other systems offer online access of any saved events. Many of these systems allow the customer to set the parameters for saving video. For example, incidents of traveling over a set speed can be saved, as well as incidents of hard braking or swerving suddenly.

Some of these video systems send alerts to the truck owner or another designated receiver, such as a fleet or safety manager, letting them know a reportable incident has taken place and providing a link to the video. This allows the owner or manager to quickly identify problems and address them with the driver.

Many video systems that aren’t owned outright are licensed by subscription, so you’ll pay for the service each month that you use it. Some owners find the extra services provided, such as text or email alerts and video storage, are well worth the monthly expense.

Video evidence can be used to provide safety training for drivers you want to keep, making them better, safer drivers. It can also be used to discipline or even discharge drivers who are too great of a safety risk. In the event of an accident, video can be used to exonerate both driver and owner, saving thousands of dollars in potential court awards as well as traffic convictions and increased insurance rates.

Your insurance carrier may be able to recommend a video service, and might even offer a discount on your rates if you use one. Check with your carrier before you commit to such a service, as some systems may qualify for a discount while others don’t. Some owners turn to the Internet, a search for “vehicle video systems” brings up pages of options.

When you talk with a provider, you’ll want to consider the services offered, what parameters you’ll be able to set, how you’ll access the video and, of course, the cost.

You’ll also need to consider the impact on your driver group. If you go with a video system, you’ll need a plan to introduce it to your drivers, clearly explaining what the video will — and won’t — be used for. You’ll also need to put clear rules in place about drivers tampering with or obscuring the camera. It’s possible some drivers will refuse to drive trucks equipped with cameras, so you should be prepared for that scenario.

Your growing trucking business is a big investment — and you face an even bigger exposure to risk as your trucks travel the highways. Video systems provide a level of supervision that wasn’t possible a generation ago. There’s nothing like having long-term drivers who have earned your complete trust, but for everyone else, video can be an attractive option. 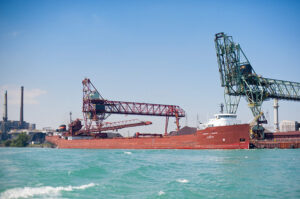