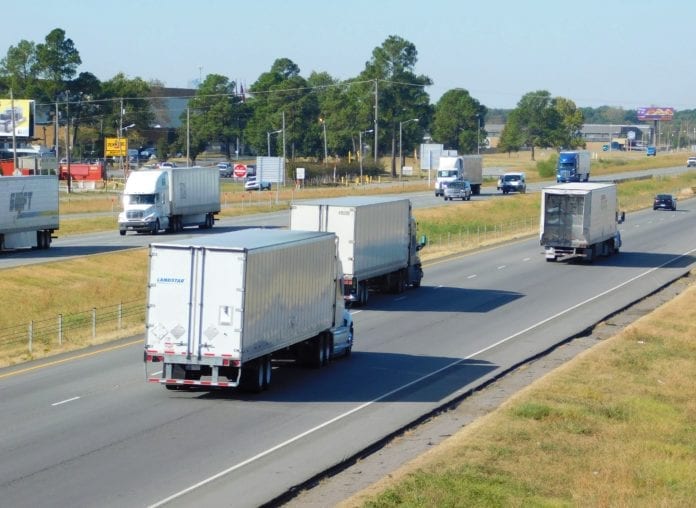 Both FTR Transportation Intelligence and ACT Research report that Class 8 sales for December have increased as compared to November but are down 6.5% from December 2018. (The Trucker File Photo)

ACT Research notes that net orders in December 2019 were 20,000 units, which is up 14% from November and down just 6.5% from year-ago December, as the industry transitions to much easier year-over-year comparisons. Complete industry data for December, including final order numbers, will be published by ACT Research in mid-January.

“Overbuying through 2019 and insufficient freight to absorb the ensuing capacity overhang continued to weigh on the front end of the Class 8 demand cycle in December,” said Kenny Vieth, ACT’s president and senior analyst. “Recalling July and August, orders were down 80% from the corresponding months in 2018. December’s orders brought the full-year 2019 volume to 181,000 units versus 490,100 units in 2018.”

Although the December order activity improved 14% month over month, the total was still below the less-than-robust results seen during October and down 7% year over year. Class 8 orders for the past 12 months have now totaled 179,000 units, according to FTR.

“This is as balanced and stable as you are going to see in Class 8 ordering,” noted Don Ake, FTR’s vice president commercial vehicles. “Fleets are ordering trucks according to their standard replacement cycles and for normal delivery cycles. They are not speculating about the future direction of the freight market because there is too much uncertainty. This is a ‘wait and see’ approach.”