Class 8 trucks sold at pre-pandemic levels on the U.S. market in August, reaching the highest numbers of the year. Orders for trucks to be built also increased, and sales of used trucks rose as well. Freight rates are rising, too, potentially driving truck sales numbers higher yet.

Manufacturers reported U.S. sales of 17,977 Class 8 trucks for the month, a gain of 33.2% over July sales of 14,805, according to data received from industry analyst and consultant ACT Research. It was the best sales month of the year so far for the industry.

In a Sept. 11 statement about commercial vehicle markets, Kenny Vieth, ACT’s president and senior analyst, explained, “While COVID has triggered the most severe recession since the Great Depression, economic activity has been on a solid recovery path since the April swoon. The story for the transportation sector broadly — and for heavy-duty trucks specifically — can be summed in two words: surprisingly strong.”

Another difference in August is the breakdown between fifth-wheel-equipped road trucks and those equipped for vocational purposes such as dump, fire, concrete mixers or trash haulers. Last year, 73.1% of Class 8 trucks built were OTR trucks, and that percentage was 5% less than the 78% 10-year average. This year, however, vocational trucks have taken a larger share of sales. OTR trucks represented just 62.8% of sales in April and dropped to a low of 54.6% in May. Since then, the percentage of OTR trucks has grown each month, 65.7% in June, 69.6% in July and a much-closer-to-normal 76.3% in August.

The number of new Class 8 trucks being ordered is on the increase, too. ACT reported 19,400 orders on the North American market for August. Industry analysts at FTR were more optimistic, reporting 20,500 orders for the month. Both firms rely on survey data to compile their numbers, so differences in their base could result in differing reports, but it’s obvious that truck orders are way ahead of this point in 2019.

“This is the second consecutive 20,000-unit month and proves that the July total was not a fluke, with a possible trend developing,” commented Don Ake, FTR’s vice president of commercial vehicles. “Fleets are more confident, yet it is still mostly larger fleets purchasing replacement trucks. Medium-sized and smaller fleets remain cautious about ordering trucks.”

The report indicated that used truck prices have risen 7%, while average mileage declined 2% and average age by 3%. Compared to January-August 2019, this year’s buyers can purchase a newer truck with fewer odometer miles at prices 16% lower.

“As we have been expecting for some time, today’s trucks are not bringing the same money they were a year ago, and given everything that has happened in our economy in the past year, that comes as no surprise,” said Steve Tam, ACT’s vice president.

“Freight rates should be good for purchasing,” said ACT’s Vieth. “Unless the economy rolls over, the current market is very good for trucking.”

Average spot rates reached record highs in August, according to a Sept. 15 release from DAT. Average van rates for August were $2.22 per mile, starting the month at $2.04 and reaching $2.30 by month’s end. Average van rates were 41 cents per mile higher than August 2019 van rates. Refrigerated rates began August at $2.30 per mile but ended the month closer to $2.50. Flatbed rates averaged $2.29 for the month after starting at $2.20.

Contract rates lag behind spot rates, usually by several months, but spot rates have risen for four consecutive months now — and the trend should be influencing contract rates.

Part of the reason for rates increases is the load-to-truck ratio of posted loads. DAT reported a ratio of 5:3, meaning that there were five loads posted on the DAT board for every three available trucks. Such a ratio indicates that the excess capacity analysts had predicted for 2020 has evaporated.

Part of that “shortage” may be self-inflicted, as carriers laid off or furloughed drivers due to COVID-19 restrictions and may not have gotten them all back to work yet. Supplemental unemployment payments of $600 per week, on top of each state’s unemployment amounts, helped make it attractive to remain at home for some drivers, but that’s changing.

“The stimulus effect of the CARES Act and the PPD income protection loans have dried up,” Vieth said. “We’re starting to feel the pinch of an economy not supported by government stimulus.”

Congress has stalled on the issue of further stimulus, but a recent push from President Donald Trump could get the process moving again.

Individual OEMs fared better in August. After a drop in market share in July, Freightliner posted a strong August, according to data received from Wards Intelligence. The company sold 7,266 Class 8 trucks in the month, good for 41.1% of Class 8 trucks sold on the U.S. market. It was a 56.4% improvement over the 4,646 sold in July and only 3.6% behind the 7,535 sold in August 2019.

For the year to date, Freightliner sales are down 37.3% from last year’s pace, just a tick off of the industry average decline of 37.4%.

Kenworth and Peterbilt, which combined to outsell Freightliner in July, were the only two OEMs to sell fewer trucks in August than in July. Kenworth’s 2,385 sold was a decline of 11.2% from the 2,686 sold the prior month. Peterbilt’s 2,428 was down 6.9% from July, when 2,608 trucks were sold.

Like most of 2020, the coming weeks and months are uncertain, especially with a national election in the mix. For now, however, conditions are favorable for truckers to succeed, and it’s reflected in truck sales. 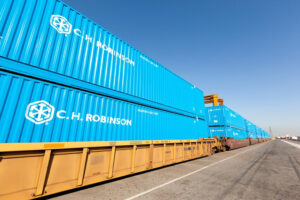 Yeah you can run out there and go buy a brand new emissions junk truck if you want to, don’t fall for the banana in the tailpipe, the okee doke, the ol’slap’n tickle, and definitely the proctologist finger with the Superbowl ring on it!

In Ontario Canada a large number of owners ops and small trucking companies have shut down in the past year. It estimated that in the last 6 months over 10,000 owner ops and leased truck drivers have left the cross border freight. In the previous 6 months somewhere over 7 thousand owner ops and company truck drivers had left truck drivering for other things. In Ontario Canada the homeless shelter hotel I am at has many other former truck drivers that are living here at the local government and local non profit groups expense at a average cost of about $800 per week per person. Until the trucking industry cleans up their own treatment of truck drivers when they get sick or hurt truck drivers will continue to quit. One of the homeless truck driver’s in here spent 5 weeks in a hospital in May and June and had a medical bills for over 298,000 U S . He worked for a C T A member who refused to pay the bills caused him and his family to homeless. His health is not good enough to go back to work. He is now living in the homeless hotel with his children and his wife is still sick.