Freight levels moderated in June, but only by a little, according to reports from several sources. Supply chain issues, like shortages of semiconductors (silicon chips) used in a variety of products and record prices for steel are responsible for some of the slowdown in shipments. The driver shortage is also being blamed.

In the meantime, freight rates remained near record levels as the rising cost of diesel fuel raised both operating costs and fuel surcharge rates.

“Supply chain issues are likely putting some downward pressure on tonnage,” he said. “This index is dominated by contract freight, and the for-hire truckload carriers have seen their tractor counts fall because they are having difficulty finding qualified drivers. It is difficult to move more tonnage with less equipment, which is why we are seeing strong volumes in the spot market as shippers scramble to get loads moved.”

The DAT Truckload Volume Index seemed to confirm Costello’s comments regarding the spot market. The country’s largest load board reported a June increase in freight volumes of 11% over May volumes. In June, shippers faced a supply-driven capacity crunch, according to Ken Adamo, chief of analytics at DAT.

“While the number of trucks posted to the DAT load board network increased significantly in June, overall demand accelerated at a faster pace,” he said. “The typical seasonal decline in contract and spot rates from now to Thanksgiving looks less likely in 2021.”

The law of supply and demand is responsible for the positive market conditions faced by the trucking industry. With so many shutdowns and layoffs due to the pandemic, drivers left the industry in droves. As freight levels picked up, many of them returned to work, but not enough to fill all of the trucks needed to move available freight. The resulting capacity crunch helped raise spot freight rates to record levels with contract rates not far behind.

Cass Information Systems (cassinfo.com) joined other analysts in reporting a June freight decline, citing a drop of 3.0% from June levels.

The Cass Index differs from the other sources in that it represents all modes of freight movement, including truck, rail, ship, intermodal, pipeline and air.

All of the analysts reported very large freight increases over the corresponding month of June 2020, when the economy was beginning to rebound from the COVID-induced recession.

The driver shortage isn’t expected to get better any time soon. The Federal Motor Carrier Safety Administration’s Drug and Alcohol Clearinghouse (FMCSA) has taken a large bite out of the available driver pool. As intended, the Clearinghouse has greatly increased the difficulty of finding another trucking job after testing positive for a controlled substance. Many drivers have simply chosen to leave the industry rather than go through return-to-work protocols.

At a time when marijuana is being legalized in a growing number of jurisdictions, the substance continues to be responsible for more than half of all positive DOT drug screenings. There has been increasing support for removing Marijuana from controlled substance testing, but both the government and the trucking industry are against doing so in the absence of adequate field-testing to identify drivers who are under the influence.

To help alleviate the driver shortage, the FMCSA is continuing a pilot program testing the safety of 18- to 21-year-old drivers, but results won’t be available for at least two years. Nearly every state issues CDLs to younger drivers. While they aren’t allowed to cross state lines, they have still racked up plenty of miles that can and should be used to evaluate their safety records.

Obstacles or no, the trucking industry is losing drivers and is not attracting replacements fast enough. Most of the major carriers have announced driver pay increases, without obvious impact.

Another factor that could impact freight rates is the rising cost of diesel fuel. The Energy Information Administration’s weekly national average price for the week of July 19 was $3.34 per gallon, the highest it has been since reaching $3.39 in October 2018. Two years ago, in July 2019, the price was $3.05; a year earlier it was $3.24.

Fuel prices fluctuate with economic forces; however, inflationary pressures resulting from an over-stimulated economy could help push pricing higher. The Biden administration’s announced non-renewal of drilling permits on public lands as well as restrictions on fracking could add to long-term price increases.

Finally, those supply constraints are likely to continue for at least the next few months. India, the world’s second-largest producer of steel, is still beset by a resurgence of COVID-19. Manufacturing is impacted both by slowdowns and by supplies of oxygen needed by steelmakers being redirected to hospital use for COVID victims.

Semiconductor manufacturing is at full capacity and the demand still far outweighs the available supply. New plants are planned, but could take years to come on line. And — as if the world needed another problem — China is again making noises about “unifying” with Taiwan, where 90% of the world’s semiconductors are made.

Despite the issues, the trucking market is a great place to be for now, and should remain so for at least the next few months. Rates are still high, and freight, although declining, is plentiful. If supply constraints ease up — and the driver shortage doesn’t — rates could see another positive surge. The good times are still rolling for the trucking industry. 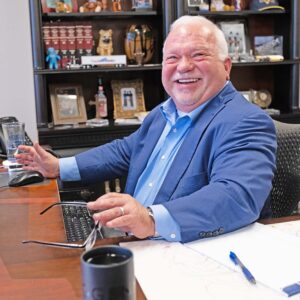 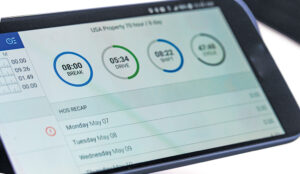