Many drivers begin their trucking careers working for a carrier that pays by the mile. Some pay different rates for loaded and empty miles, but you’ll have at least a general idea of the expected pay for each load you haul. Owner-operators who lease to a carrier for a per-mile rate have the same benefit.

Whether you’re a company driver or an owner-operator, per-mile compensation removes the need of understanding how freight rates work. Your per-mile pay might be the same, regardless of load origin or destination, but the rates paid by shippers can vary widely depending on a number of factors.

If you’re considering obtaining your own authority and becoming your own carrier, you’ll need to be familiar with how freight rates work.

To begin, rates are generally classified as either “spot” rates or “contract” rates.

Spot rates are “market” rates for loads posted “on the spot.” Shippers offer a load at a set price and carriers simply pick the loads they’re interested in. Rates for haulage fluctuate based on market conditions, seasonality, weather and other factors. The law of supply and demand rules, and rates can fluctuate quickly.

Contract rates, as the name implies, are set by an agreement between the carrier and the shipper. Often, a commitment for a certain number of shipments is built into the contract. Sometimes specific lanes or destination points are built in. Contract rates allow both shippers and carriers to lock in commitments and help cushion both parties against fluctuations in the spot market.

Many small carriers, especially new ones, depend on the spot market to find loads. After all, the work of driving and maintaining the truck and trailer is already a full-time position. There isn’t much time left over to make sales calls to customers.

Additionally, dependence on the spot market leaves the owner free to accept the most profitable loads, whereas a carrier under contract might have to accept whatever load is available that gets the equipment back at the shipper for the next load.

A trucker who gets most of his or her business from the spot market needs to understand how that market works. All loads are not the same. Both the location of origin and the destination can make a huge difference.

The state of Florida is a good example. Carriers can often get excellent rates to haul freight into Florida. Nearly 22 million people live there, and since it’s a popular vacation destination, another 90 to 100 million people visit each year. That a lot of folks using a lot of groceries, paper products, clothing and everything else that people buy.

The problem is, Florida doesn’t produce nearly enough product to balance out the number of loads coming into the state. There’s a huge amount of competition for loads coming out of Florida, driving outbound rates downward. For this reason, profits made on the trip to Miami can quickly disappear when the rate for the return load doesn’t cover operating costs.

Carriers often demand a rate to Florida that’s high enough to cover the cost of making the trip back without a load at all. Another strategy is to accept a short load from a point in Florida to Atlanta or another city in the Southeast, hoping to find a better paying load there.

Fluctuations like this occur all over the U.S. In some states, and even some cities, it’s easy to find high-paying inbound loads, but hard to find outbound loads once you get there. Other areas are the opposite, with plentiful outbound freight at good rates but hardly any inbound freight to get you there.

To complicate matters, the freight mix in each area can change during the year as local crops come in or other seasonal factors come into play. Even weather can make a difference, as in the case of a hurricane leaving massive damage in an area, creating a short-term demand for building materials and appliances.

This is why successful carriers consider more than just rates before accepting a load. The idea is to accept the best-paying load going to a destination where another good-paying load will be available.

Many truckers use load boards to search for loads in their area and to research future loads. There are excellent load boards at dat.com, truckstop.com, 123loadboard.com and truckerpath.com. Some are subscription services that can help the carrier earn many times the subscription cost.

By using a load board, truckers can sometimes work two or three loads ahead. For example, if a load moving towards the driver’s home isn’t available, there may be a load going to another area, where it’s easier to find a load towards home.

Although loads can be posted on a load board by shippers, many loads are posted by brokers. Using a broker helps the shipper because the broker makes sure the carrier chosen has a good record for safety and performance and is trustworthy.

At the same time, carriers benefit by knowing the broker has checked out the customer’s credit and payment history, reducing the risk of nonpayment. In many cases, brokers will advance a portion of the freight charges to the carrier for fuel and other expenses.

Freight rates listed on load boards or offered by brokers are very often negotiable. It never hurts to ask for a higher rate. Knowing what other loads along the same lane are paying and what the outbound situation near your destination looks like can help in negotiations.

Some drivers prefer to work with a single trusted broker, or perhaps a small group of brokers. Establishing a relationship with a broker can help the carrier navigate the complicated world of freight rates. A broker who works with dozens of loads every day understands the market and can help the carrier make sound decisions about which loads to haul and which to avoid.

Unfortunately, there is no quick-and-easy method to understanding rates. Even the experts get it wrong at times. Using the best tools available, creating relationships with trusted peers and advisors, and thinking a couple of loads ahead will help any truck owner make business decisions that maximize earnings. 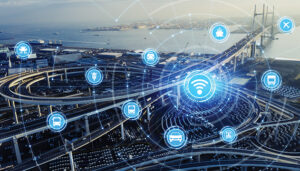