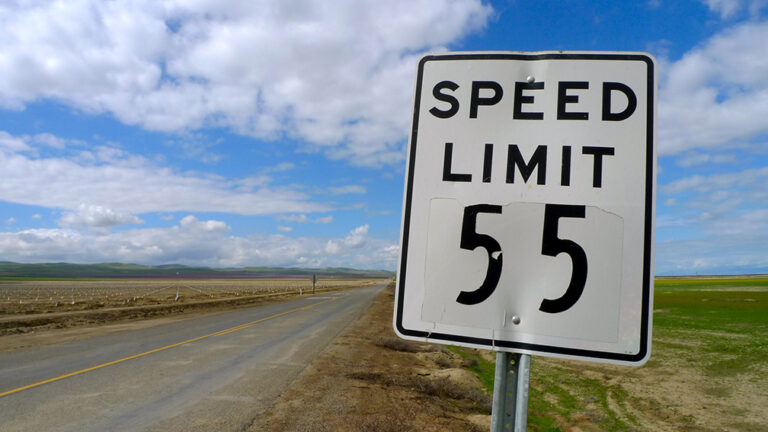 Back in a day many of you probably don’t remember, the U.S. had a national speed limit. No vehicle of any type on any road could lawfully drive over 55 mph — or as CB lingo put it “double-nickels.” Brought on by the Arab oil embargo of 1973, the national 55 mph speed limit was designed to save fuel as much as anything, although some safety experts also claimed it saved lives. On the other hand, just as many safety officials thought that the limit — imposed on interstate highways originally designed for vehicles traveling 70 to 75 mph — took as many lives as it saved.

Fifty-five mph is a slow pace when traveling some remote stretch of interstate in Kansas or Nebraska. And when drivers headed through the urban Northeast, the 55 mph limit hardly kept up with the reality of traffic flow. As a result, tailgating, cutting off other drivers and a general disrespect for the rules of the road increased among most everyone.

As far as truck drivers were concerned, whether they were following the national speed limit or not, it made for hazardous driving conditions. As Randy Travis famously sang in “Three Wooden Crosses,” one of his later hit songs, “18-wheelers can’t stop on a dime.”

Travis was just one of many artists who recorded songs about truck drivers who couldn’t stop in time to avoid collisions.

Truck-driving music could have its own subgenre when it comes to dealing with tragedy on the highway. Some songs tell of near misses that ended in the deaths of drivers and incidents that ended in collisions. Many of these songs are haunting, but others are matter-of-fact — a simple telling of the perils of the highway.

Among the songs classified as “haunting,” it’s hard to recall one that has a greater emotional impact on listeners than Red Sovine’s “Phantom 309.” Even the title clues the listener in to the story Sovine told — in his trademarked recitation method — of “Big Joe” swerving his truck to miss a bus load of kids. “Big Joe” didn’t survive what ended as a single-vehicle accident, but he haunted the highway, handing out dimes for cups of coffee to those who needed a pick-me-up.

While “Big Joe” was a fictional character, the incident that inspired the lyrics actually happened. Several accidents are credited as the basis for Sovine’s tale, but the fatality of a truck driver in Vermont seems to be the one most associated with the song.

Coincidentally, another of trucking music’s most haunting songs also happened in the Northeast.

“Tombstone Every Mile,” sung by the Baron of Country Music, Dick Curless, tells the history of a “stretch of road, way up north in Maine,” where many truckers lost their lives. The number of drivers who died in the Haynesville Woods is certainly exaggerated for effect — the highway is not a long one, but it does become treacherous during the winter months.

However, some researchers believe the inspiration for Curless’ song was two young girls who were killed on the road by out-of-control trucks in separate incidents — on the same day. Fortunately, the stretch of road is no longer a “must-pass” route for truckers hauling potatoes to Boston.

Merle Haggard’s “White Line Fever” doesn’t tell of a trucking accident per se; instead, Haggard sings of an eternal life on the road. The song is about a man who wants to change his lifestyle, but trucking is such an addiction it’s become part of his soul. The lyrics tell of a driver who sees his approaching death but is incapable of taking the steps needed to protect himself.

In the category of near misses and miracles, country music’s Alabama recorded the No. 1 song “Roll On (Eighteen Wheeler).” More inspirational than tragic, the lyrics tell of a driver who has prepared his family for the moment he knows will eventually arrive — a time his wife and kids are unsure of his fate. Lost in a blizzard, the driver knows his family will find courage in the words he told them to sing when that time came, and the story has a happy ending.

On the comedy side of trucking music, Red Simpson’s “I’m a Truck” offers a semi’s view of riding the highways with what the truck considers a relatively incompetent driver at the wheel. The truck recalls the many moments the driver brags of how his skillful driving techniques helped avoid accidents. All the while, the truck knows the truth: The truck, not the driver, always saved the day.

The “double-nickels” speed limit is a theme of the novelty trucking song “White Knight,” recorded by Cledus Maggard and the Citizen’s Band. The hero of the song has a hard time paying attention to the national speed limit. In fact, he spends more time on his CB radio than he does watching the road, always on the lookout for “Smokeys” and speed traps. Of course, his reliance on the CB turns sour when one of his informants turns out to be a “White Knight,” CB slang for a traffic cop. The driver, “The Mean Machine,” decides he can’t stop on a dime — or even decelerate in short order — while traveling 92 mph.

Aside from the aforementioned songs dealing with the national speed limit, there are songs about drivers who have no intention of slowing down. The movie “Smokey and the Bandit” provided more than one such tune on its soundtrack, most notably “East Bound and Down,” as well as the less popular “West Bound and Down.” Of course, the title track told the story of “The Bandit,” who used the heels of his boots to drag his out-of-control truck to a stop at the bottom of a steep grade in Tennessee.

Speed limits are now set by each state. Some stretches of highway have no posted speed limit, while the highest enforced limit of 85 mph is on a relatively new bypass east of San Marcos, Austin and San Antonio, Texas. As far as I know, no one has recorded a song about it — at least not yet.

Until next time, remember: Speed limits DO exist, and it’s best to avoid fracturing them to any significant extent. Doing otherwise might land you in the same shape as “The Mean Machine” — with your tail in jail and your rig impounded. 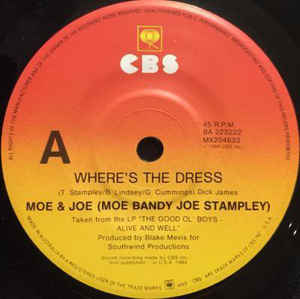