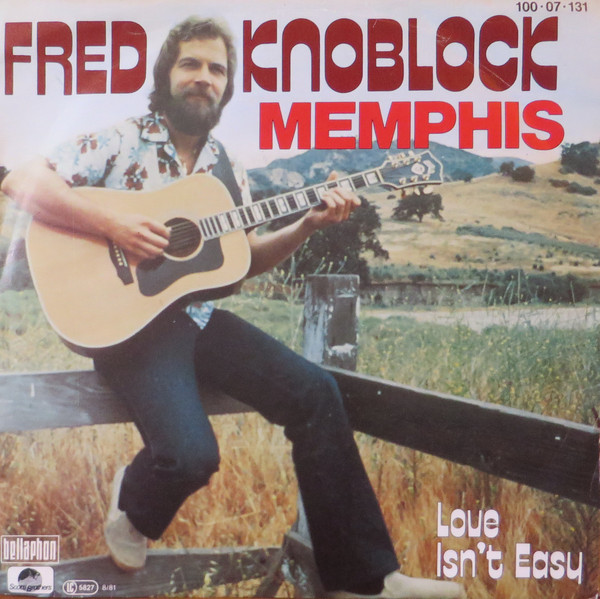 Pardon me for this column, in which I connect recent events and personal experience that have combined to turn a six-decade-old rockabilly/blues hit into — temporarily at least — a trucking song.

A couple of weeks back, the Rutherford side of my family gathered in Roxton, Texas (yes, it is on the map). It was the first time my mom, my wife Karen and I, and all of the offspring with their spouses — and, course, our two young grandchildren — had gathered since the onset of COVID-19. The celebration was joyous, but as is usually the case, I couldn’t escape thoughts of writing — specifically, finding a topic and writing the words you are now reading. To borrow a phrase from the Willie who needs no last name, writing is “Always on My Mind.”

As crunch time grew near, I began to ruminate, or brood, on the writing issue. I have always been a ruminator and a brooder, and one who obsesses over insignificant (if not virtually impossible) thoughts that are unwelcome in my mind.

As I sat brooding, the topic of the “crack” in the steel of the Hernando de Soto Bridge over the Mississippi River at Memphis, Tennessee, came up in conversation. It just so happens that the Hernando de Soto bridge and I have a long-standing love-hate relationship. The bridge opened along Interstate 40 in 1973, when I was at the impressionable age of seven. My family made an annual trek for the summer from Maine to Texas and back — sometimes twice annually — so I expected to be crossing the nearly 2-mile long engineering masterpiece two to four times a year. Prior to that, of course, we crossed the river using the Memphis & Arkansas Bridge. A couple of miles south of the I-40 bridge, even when the Memphis & Arkansas was less than a quarter-century old, it was already showing too many signs of rust to suit me.

Between 1966 and 1973, likely as a result of my older brother’s intentional effort to force a young lad to brood long before his time, I had become quite fearful of bridge crossings — specifically the one over the Mississippi River. The opening of the new bridge in 1973, one would think, should have alleviated my fear. But the trade-off between a 1-mile-long bridge that showed a bit of rust and a 2-mile-long, state-of-the-art bridge, I thought, was pretty much a wash. I continued brooding. Every trip, I made plans to be asleep when it came time to cross from Tennessee into Arkansas or vice versa. Those plans never came to fruition. Instead, I shook with fear and stayed alert in case muddy water suddenly surrounded our station wagon.

I am not celebrating the newly discovered defect that shut the Hernando de Soto Bridge down for what, at the time of this writing, could be months. No universal good comes of something that will tie up traffic along what arguably (with the possible exception of the I-70 bridge at St. Louis) is the most important crossing for commercial and noncommercial traffic over the Mississippi River. The traffic jams alone will be disastrous.

But I will admit, I used the event as proof to my mother that my childhood fears were not unreasonable. As one whose family’s reaction to a childhood fear was flippant, the danger now created by the crack in the bridge does serve one positive purpose — vindication. My brooding over a “virtually impossible” event wasn’t without merit after all.

Unexpectedly, my mother recited a lyric from the old Chuck Barry and Elvis Presley song, “Memphis,” sometimes referred to as “Memphis, Tennessee.” She said, “just a half a mile from the Mississippi bridge.” Suddenly another crack formed — one in the dike that held my case of writer’s block together.

While my mom recalls the Elvis Presley version of “Memphis,” I am more familiar with the Top 10 country cover of the song in 1981 by Fred Knobloch. Even among hard-core country music fans, Fred Knobloch is hardly a household name. Better known as a member of a rock band and a songwriter than a country artist, Knobloch released only one country album in his career, “Why Not Me?” (1980). The album itself wasn’t particularly memorable, but it did produce “Memphis” and another Top 10 song, “Killing Time,” a song Knobloch performed with Susan Anton. Regardless, considering that Fred Knobloch has written songs for the likes of George Strait, Sawyer Brown and John Anderson, he has dabbled in classic country — at least enough for this column.

“Memphis” is the story of a man begging a telephone operator to put him in contact with a young lady named Marie who he knows lives in Memphis. The operator can’t provide much help even with the singer explaining that Marie lives “on the south side, high upon a ridge, just a half a mile from the Mississippi bridge.” As the song closes, we learn that Marie is not just any young lady; instead, she is the singer’s six-year-old daughter.

“Memphis” never had any reason to be considered a trucking song. The only reference to anything related to trucking was the Mississippi bridge. But the song is an example of how circumstances can change the meaning of lyrics, even when those lyrics are over 60 years old. After all, with the traffic east- and westbound truckers will experience at Memphis until the Hernando de Soto Bridge is reopened, many will idle on I-55, just below that very ridge referred to in song by Chuck Barry, Elvis, Fred Knobloch and several others.

So, as you sit in traffic, do me a favor and give a nod to the kid who was right some 45 years ago: No bridge is “unsinkable.”

Until next time, be pleased when you find yourself “just a half a mile from the Mississippi Bridge.” Chances are, drivers sitting a few miles behind you wish for the moment when they can be where your truck is idling.

Oh, and thanks, Mom.