Home Perspective Rhythm of the Road by Kris Rutherford Hey, if he wants 40 acres to turn his rig around then... 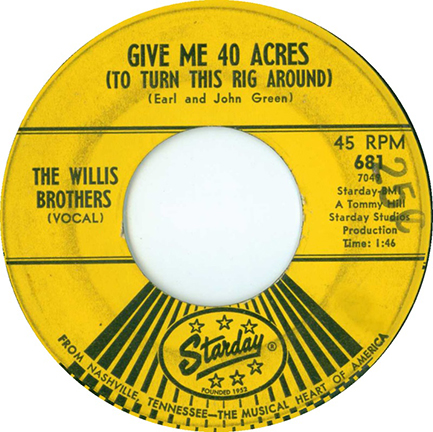 Winter had set in over Maine, and in late March 1983, it showed no sign of “heading out to sea” as the locals often said. Seven-foot snow drifts lined both sides of the two-lane highways. The temperature topped out at 14 degrees – downright balmy. I was a 16-year-old volunteer fire-boy (some might say “firefighter,” but I never earned such a distinction). We’d been called to a car accident south of town, one I never got close enough to see. My orders? Walk the line of vehicles rapidly stacking up and tell the drivers to find a different route. The road would be closed three or four hours. That’s all I knew, and it’s all I said.

The first half dozen cars pulled three-point turns and headed northward. Next, I approached an 18-wheeler loaded down with pulp wood. I climbed to the window of the truck like I knew what I was doing and told the driver my now well-rehearsed line, “Might as well turn around.” He looked at me like the brain lobe supplying “good sense” had liquified and poured from my left ear.

The driver wasn’t particularly fond of a half-wit kid wearing a fire helmet (and to think I thought it was a sign of authority) telling him to reverse course in the confines of a 22-foot wide two-lane highway probably narrowed to 18 feet with the snow drifts. He responded with a few choice words – “ignorant” and “stupid” made his list as did some expletives and a brief commentary on the failures of public education.

I climbed down from the cab and shied away. I didn’t know squat about trucks, but I did know trucker music. But for those few moments, I failed to heed what I’d learned.

The Willis Brothers recorded several albums of trucking-themed songs during the 1960s, three decades after getting their start on an Oklahoma farm. Two of the brothers and a friend formed a band in the early 1930s, performing as “The Oklahoma Wranglers.” One brother and the friend left before the end of the decade. By 1939, The Oklahoma Wranglers consisted of three Willises. Before the brothers caught a break in music, World War II arrived. The trio enlisted and served the duration of the war.

In 1945, The Oklahoma Wranglers returned home and picked up where they left off. Within a year, the group performed on Ryman Hall’s Grand Ole Opry stage, and in their spare time they played backup on early recordings of Hank Williams, Sr.

The road Hank Sr. followed is well-documented, and The Oklahoma Wranglers chose not to follow. Eddy Arnold came calling in 1949, and the band toured with him for 8 years. The exposure was great, but in 1957, the “Wranglers” decided to strike out on their own. To avoid confusion, they adopted a new name truly reflecting who they were – “The Willis Brothers.”

The brothers first two albums (1962 and 1963) barely registered a blip on clear-channel AM radio, and another in 1965 gave no indication stardom rest on the horizon. With the release of a second 1965 album, “Give Me 40 Acres,” The Willis Brothers fortunes changed.

The title song soared up the country charts, hitting No.9 in the U.S. and No.1 in Canada (it always seems Canadiens and Europeans appreciate the best U.S. country music has to offer faster – and longer – than Americans).

The tunes bluegrass influence and lyrics painted a picture of a rural southern truck driver overwhelmed by the congestion of New England – specifically Boston, just 90 minutes south of my adopted hometown. Taking the lyrics another step, on the other hand, “Give me 40 acres and I’ll turn this rig around; it’s the easiest way that I’ve found…” connected with not only truckers but with most anyone who didn’t like crowds.

The Willis Brothers never had a bigger hit song, and they stuck with the trucking-theme for another 1965 album and three in 1966.

Fortunately, no one died in the 1983 car accident I worked as a fire-boy, but I was adequately humiliated (I mean, it has been 36 years, and it’s burned in my brain so I can write about it in detail). That truck driver who so eloquently defamed me didn’t get his 40 acres, but he lucked out and didn’t need to turn his rig around anyway. After about 15 minutes, the road cleared, and The Willis Brothers lyrics no longer mattered – especially when the trucker offered me his humble grin. As he shifted into gear, I’m pretty sure I heard him sing ever so faintly, “Give us 15 seconds, and I’ll bury him in the snow…”

Until next time, stay with the rhythm.