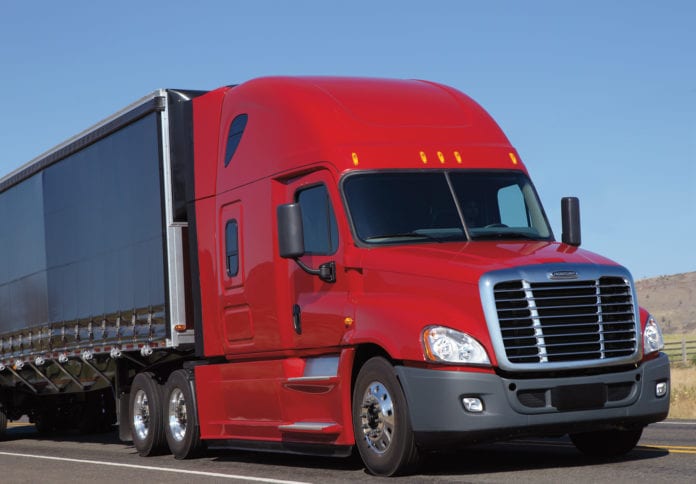 STUTTGART, Germany — Daimler Trucks, the world’s top-selling truck manufacturer, sold fewer vehicles in 2019 globally than in 2018 in a market environment that has been weakening significantly since the summer.

Daimler AG will announce the exact sales figures for full-year 2019 in February.

Martin Daum, chairman of the board of management of Daimler Truck AG, said in 2020 Daimler Trucks anticipated the further normalization of the particularly high demand of recent years and thus significant decreases in the core markets of the United States-Mexico-Canada (USMCA) region, Europe and Japan. At the same time, the Daum said Daimler was preparing to cope with increasing investment and cost pressure in the coming years. Substantial investment is required in new technologies, including in a CO2-neutral fleet with electric drive systems and in the automation and connectivity of trucks and buses.

“Important markets such as Europe and North America weakened faster than expected in the second half of the year,” Daum said. “We started preparing for this in the summer and immediately adjusted our production. However, we are not at all satisfied with our return on sales in 2019. We have therefore initiated extensive structural measures to increase our margin to at least 7% by 2022. In 2020, we will significantly improve our cost position while continuing to invest in the future. We have a first-class team at Daimler Trucks and have shown in the past that we can act with great determination.”

The Freightliner brand is by far the largest-selling Class 8 truck in the United States.

Through November, in 2019 Freightliner had sold 93,310 units in the U.S., a market share of 36.8%, according to data provided by Wards Intelligence.

And, that’s more than double the closest competitor Kenworth, which had sold 38,277 units through November for a 15.1% market share.

The September 2019 figure came during a month when total Class 8 sales in the U.S. reached 28,258, a month that Don Ake, vice president of commercial vehicles at FTR, called a “fluke.”

“September should be considered a fluke as fleets delayed taking some deliveries in the summer and the sales all closed in September,” Ake told The Trucker. “Still, it was great sales month for Class 8 trucks. It will be a much tighter market going forward as fleet expansion slows because of the weaker freight environment. The market is slipping back to replacement level, but fleets are still profitable, so this should stabilize sales.”

Western Star generally ends the year with a market share of less than 3%.

In another indication of the sales slowdown, Freightliner revealed in October that it was eliminating 450 jobs each at its Mount Holly, North Carolina, and Cleveland, North Carolina, plants.

“Following a red-hot North American truck market of record sales and production volumes over the last 12 months, the market is now clearly returning to normal market levels,” Daimler officials said in a prepared statement. “Daimler Trucks North America will have to adjust its production output in line with lower market demand and release approximately 450 production workers at its Cleveland manufacturing plant based in Cleveland, North Carolina, and approximately 450 workers in Mount Holly, North Carolina, effective October 14, 2019.  This leveling-off in the market requires us to adjust our production levels to meet the normalized demand and therefore reduce our current build rates and employment levels at these locations. We have already witnessed some of our industry competitors making changes in their production plans and employment levels to accommodate.  DTNA has been a committed member of these communities and is the leading manufacturer of trucks in North America.”

In revealing the lagging sales in 2019, Daimler cited falling unit sales in the US-M-CA region and Europe in late 2019.

Daimler Trucks’ important US-M-CA and European truck markets returned to a normal level faster than expected in the second half of 2019 after a strong phase that started in 2018, the company said.

Daimler Trucks actually increased its sales in the US-M-CA region by a further 8% to approximately 187,400 units in the first 11 months of the year (January to November 2018: 172,700). In the month of November, however, there was a sharp fall in unit sales of 16 percent compared with the same month last year. In Europe, sales from January through November 2019 decreased by 5 percent compared with the same period last year to 72,400 units.