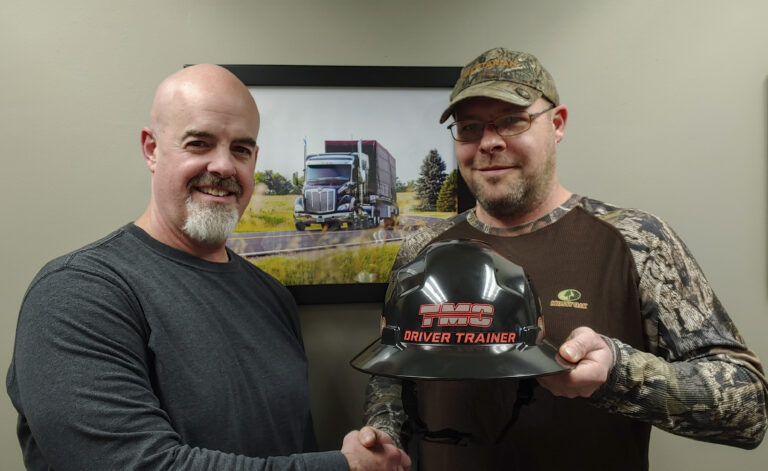 DES MOINES, Iowa – After leaving the jewelry business, Bill Crane came to TMC Transport in October 2012. Professional truck driving was never something he pictured himself doing, but now he wishes he had been doing it all along. Crane has been named TMC’s trainer of the month for October.

Crane had family members who were already in the industry, and he reached out to them for advice.

“They recommended TMC to me as a starting point, but I’m still here because it’s the best,” Crane said.

Crane was impressed with the training he received, and he felt that everyone at TMC really cared about him and his success. However, when approached with the opportunity to be a driver trainer himself, he was unsure about taking on the role.

“I finally decided to try it, and I now I love it,” he said.

Life on the road can feel isolated at times, and Bill came to appreciate having someone else along in the truck.

“It breaks up the monotony of being alone, and I didn’t realize how nice that would be.”

Crane understands that over-the-road trucking is more than a career, it’s a lifestyle.

“Experience is the best teacher, so I do my best to have my trainees get their hands in everything,” he said.

Training is something that Crane would recommend to his fellow professional drivers. “The lifelong friendships are worth it,” he said. “It’s also great to see TMC keep growing and knowing that I had a hand in getting others ready for the job.”