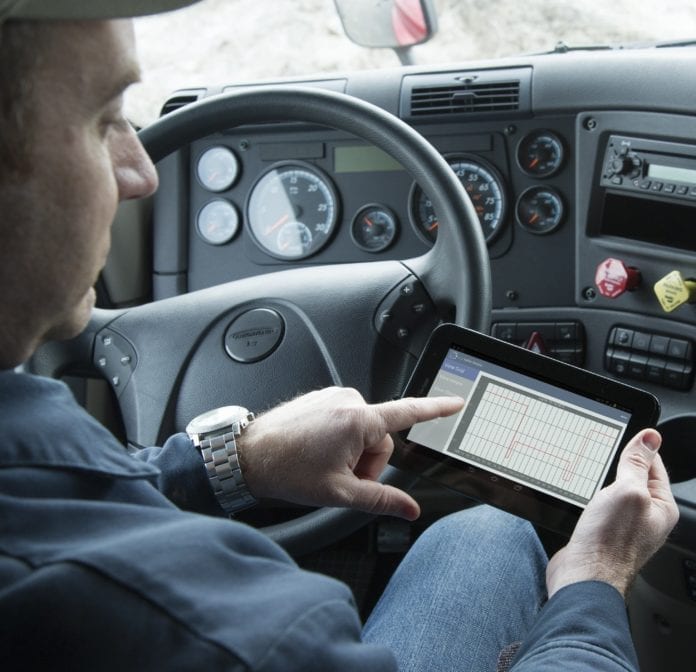 Over two years after two provisions of the 34-hour restart rule were suspended permanently, they have been formally stricken from the Federal Motor Safety Regulations. (Courtesy: J.J. KELLER & ASSOCIATES)

The agency’s action was revealed in a final rule that was published in the Federal Register (FR)Thursday and immediately went into effect.

The eliminated provisions involved the 34-hour restart rule of HOS, which first appeared in the 2003 HOS rule.

When the 2003 rule was implemented in early 2004, professional truck drivers were allowed for the first time ever to reset the 60/70-hour clock by going off duty for 34 consecutive hours.

There were no restrictions on how frequently the restart provision could be used.

When the 2011 rule was promulgated, the agency decided — at least partially at the urging of safety advocacy groups — to amend the restart provision so that it could be used only once in a seven-day period and required that the 34 hours include two 1 a.m. to 5 a.m. time periods.

The amended restart provision didn’t sit well with the trucking industry, which almost immediately set out to get the agency to dump the amendments and revert to the original restart provision.

But the agency wouldn’t budge, and the trucking industry turned to Congress for relief.

In the final rule published Thursday, the FMCSA admitted there were issues with the added stipulations to the use of the 34-hour restart.

“These restrictions proved problematic for many drivers and carriers, adversely affecting

their operations and generating significant controversy,” the FR notice read.

Sen. Susan Collins, R-Maine, was the catalyst behind the congressional relief.

She introduced an amendment to the 2015 Transportation, Housing and Urban Development appropriations bill that would suspend the 1 a.m. to 5 a.m. overnight requirement and the provision to allow more than one restart in a seven-day period.

The bill required the suspension remain in place until a study was conducted on the provisions to determine if they added value to the restart option.

The amendment made clear that the study would need to show a statistically significant improvement in multiple factors enumerated in the legislation.

Based on another requirement of Collins’ amendment, the Department of Transportation would report the findings of that study to Congress.

In the March 2017 report to Congress, the DOT confirmed the finding of the study that no statistically significant benefits accrued from restart provisions added in the 2011 HOS restart rule.

An FMCSA spokesman said there was no significance to the fact the agency chose to issue the final rule Thursday, two years after it became obvious based on a congressionally-mandated study that the two provisions added in 2011 would forever remain suspended.

HOUSTON — Trillium, a member of the Love’s family of companies and provider of alternative fueling systems and renewable fuels, has opened two new compressed...

ARLINGTON, Va. — The American Trucking Associations (ATA), along with the ATA Technology and Maintenance Council (TMC), has announced the celebration of the first-ever...

SANTA NELLA, Calif. — A Sacramento truck driver has been arrested on charges of attempted homicide after an altercation about a parking stop at...