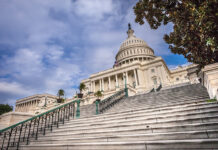 WASHINGTON — The House Transportation, Housing and Urban Development and Related Agencies Appropriations Subcommittee passed its version of the U.S. budget for 2021 on...

There is a dangerous new trend on the highways and it is being propagated by social media.

“Sideshows” as they are called, occur when a group of car enthusiasts take over a street or highway and block traffic momentarily to joy ride in any direction they please.  It is usually accompanied with burning rubber, spinning doughnuts and other shows of horsepower. Besides being dangerous, they are also a nuisance for those who need to get somewhere and one of these “sideshows” breakout in front of them.

This is exactly what happened the other day on I-5 near Sacramento, California when CHP responded to calls for a Saturday sideshow at 5:22 p.m.  This was not an isolated instance, as there were reports of several other sideshows in the general area.

As with many sideshows, those involve are able to leave before authorities arrive.   However, this time, thanks to the California ’s Highway Patrol’s ground units, air operations, investigative teams and K-9 units, authorities arrested seven people, cited dozens more and impounded nine vehicles.

Another “sideshow” on the Oakland Bay bridge.