Home Equipment Trucker’s invention could be answer to many icing situations leading to jackknifed...

CHICAGO — “Jackknifing” is a trucking-related term most nontruckers understand. Many have passed the scene of an accident involving a jackknifed trailer during their travels. Unfortunately, jackknifing is a relatively common cause of accidents involving tractor-trailers, and drivers must remain alert and at the ready to handle a potential jackknifing situation. Keeping their rigs upright and on the road, and avoiding collisions with other vehicles, is something drivers may be able to read about, but it takes experience at the wheel to truly understand. Today, thanks to a former OTR driver, a proactive method helping to prevent jackknifing situations is now on the market.

Bob Allen, a driver with 38 years of experience who now works for the City of Chicago, spent years thinking about a method to prevent brake lines from freezing. In 2013 he invented a prototype, and his invention, “The Brake
Releaser,” manufactured by Milton Industries, hit the market late last year.

“There’s a lot of reasons a tractor-trailer can jackknife,” Allen told The Trucker. “Most often, the brake shoes aren’t adjusted properly. But a trailer with frozen brakes is also common.” The Brake Releaser is designed to prevent frozen brake situations.

Allen’s story began about 30 years ago. As a 28-year-old with seven years of driving experience already under his belt, Allen experienced a near-miss in a winter storm north of Indianapolis.

“The weather conditions were a virtual whiteout,” Allen said. “Through the snow, I saw what I thought was another rig jackknifing alongside my truck.” Allen acted quickly, accelerating to move out of the other rig’s unpredictable path. After driving clear of the perceived threat, he realized the “other rig” was not another rig at all — instead, it was his own trailer on the verge of passing his tractor. Allen had narrowly escaped jackknifing his own rig and slamming into an Indiana State Trooper’s vehicle.

Allen pulled his rig over. Using a time-proven but time-consuming method drivers still use today, he warmed his frozen trailer-brake system with a torch, using a hammer to release the brakes. Considering the weather conditions, working on the side of the road and getting the brakes to release was not only difficult but also dangerous. That experience in the bitter cold of a Midwest winter provided the inspiration Bob Allen needed.

Knowing that frozen brakes were what caused his trailer to jackknife, Allen thought hard about ways to keep brake fluid and components from freezing or thickening in cold weather. He recognized moisture as a braking system’s worst enemy, especially in freezing conditions. Hammers, torches and possibly de-icing fluid were useful after a driver recognized an icing situation, but safety called for something to prevent brakes from freezing in the first place. Allen sought a proactive solution.

“It really didn’t take a lot of time to figure it out,” he said. “I had the idea in my mind quite a few years, but I never had the money to pursue it.”

In 2013, Allen created a prototype device that allowed a driver to inject a de-icing solution into a trailer’s brake system, either upon realizing moisture is in the system or in preparation for the truck to operate in extremely cold conditions. It took several years, but after several drivers proved the worth of Allen’s prototype, he happened to meet someone who was interested in manufacturing and marketing the device. “It was a true case of being in the right place at the right time,” Allen said.

The company has secured patents on the device in the U.S. and Canada and has applied for a patent in Europe. Milton placed the device on the market last November, just in time for winter.

“The Brake Releaser,” the name Milton Industries gave the device, is a small reservoir attached to the trailer emergency gladhand line and the tractor service hose. Holding about
8 ounces of de-icing fluid, the driver can easily access the reservoir, fill it, and after replacing the cap, turn a valve to let the fluid enter the brake system. A “chirping” noise will indicate the fluid is flowing.

Before The Brake Releaser, if a driver wanted to pretreat a trailer’s brake line with fluid, it meant pouring de-icer into the narrow inlet of the emergency line and then holding the line as high as possible. Gravity would — hopefully — pull the fluid into the brake system. Often, more of the flammable fluid poured onto the driver and the ground than into the brake line.

“The Brake Releaser is not something a driver should use after realizing the brakes have nearly frozen,” Allen said. “If I know the temperature is going to be at or below freezing where I’m driving, I’ll pretreat in the morning and be set for 24 hours.”

The device is not designed to be permanently installed; in fact, a safety mechanism prevents the truck from moving with The Brake Releaser attached. The device is a safe and proactive way to help drivers prevent freezing before it happens. Servicing a tractor-trailer braking system before driving takes only a couple of minutes.

At a retail price of $349, Milton Industries states The Brake Releaser will easily pay for itself in a single winter, citing the costs of calling a technician, paying travel costs, and time and labor expenses to thaw a frozen brake component. The product inventor echoes Milton Industries’ marketing efforts.

“The product is geared more for independent drivers,” Allen said. “If a driver breaks down, it could be a three- or four-hour wait to get a service call, plus the cost of service.” Allen is attempting to convince the State of Illinois to mandate that the device be required for all trucks compatible with The Brake Releaser. Likewise, Milton Industries is in the process of becoming an approved vendor with the U.S. military. In the first few months, Allen said, sales have gone well.

As for the future, Allen said he has a few other inventions in mind to improve the truck-driving experience. But for now, he is concentrating on helping Milton Industries turn The Brake Releaser into a widely used and profitable product. When that happens, Allen has ideas for his portion of the profits.

“I want to build churches,” he said. “The reality of it is that this is God’s work anyway. I’ve been thinking of it all this time, and no one else has come up with the idea, so He gave it to me for a reason. I think building some churches and helping people is a good thing to do.” 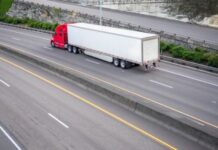 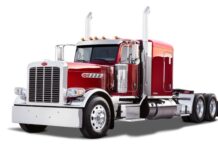 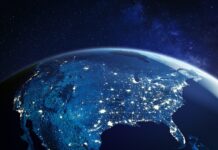