Swimming is all about propulsion.

Olympic champion Ryan Murphy was initially propelled by sibling rivalry. The youngest of three, he watched his older siblings swim competitively and set his mind to besting their accomplishments. Before long, the youngster proved to be such a prodigy that he’d eclipsed his older brother and sister. At the tender age of 7, Murphy had set a new goal — to be an Olympic gold medalist.

Since then, Murphy, whose father Pat Murphy is an executive with Landstar System, Inc., out of Jacksonville, Florida, has faced off against the top talent in the world and come away with multiple collegiate, World Championship, and Olympic wins, with a hatful of national and world records to boot.

Along the way, he’s learned it’s not the accomplishment that drives him, but the testing of his own limits of endurance and talent to see just how good he can really be.

“I don’t feel like I’ve had my best performances yet,” said the amiable Olympian. “When I look at the measurables that I have throughout the year in practice — whether that be what sort of aerobic capacity, anaerobic capacity, how fast I can kick, pull, what my technique is doing — I feel like I’m better than I ever was this past year. I’m doing everything correct in practice and it hasn’t led to a best time.

Murphy has reached such an elite level status that, if his predictions are true, his true best is measured in terms of world records. He currently holds the mark in the 100-meter backstroke, setting the world and Olympic mark at 0:51.85 in 2016 in Rio. He and his teammates also set a new Olympic and world record time in the 4×100-meter medley relay in Tokyo this year, closing out those games in 3:26.78.

To top such marks is daunting, even for an athlete of Murphy’s stature. But then, he didn’t get this far by thinking small.

“I’ve really come to realize that my personality is, no matter what I’m doing, I’m going to be going after that as hard as I can,” he shared. “I love working hard, and I love challenging myself to be really good at whatever I’m doing.”

Murphy was in the water before his first birthday and says he can’t remember a time he wasn’t swimming. His love of the water was hardly an unrequited affair — his proficiency at swimming was as great as his love for the sport. He set 17 age-group records growing up, five of which still stand today.

As successful as Murphy was during high school at the prestigious Bolles School in Jacksonville, Florida — a factory for elite swimmers — those years were also when he learned to deal with losing. The ability to put loss into perspective, something Murphy says is the downfall of many rising elite athletes, is one of the things that has allowed him to reach the levels of the sport that he has.

“I consider myself to be in a really fortunate position,” he said. “At Bolles we had a lot of talent in the water, and we had a lot of people who were really driven to be great. In high school I got used to getting beat in practice. I didn’t like it, but it’s something you have to deal with. You’re not going to win every time out.”

Murphy went on to add that “when I got to college and I got around even more talented guys, I was OK with going in there and getting beat on some sets,” he explained. “Being able to ‘re-brain’ things so that the level of competition every day doesn’t hit the confidence, that was the most important thing moving from high school to college.”

Murphy’s proof of this concept is immediately apparent. Competing for the University of California, he posted four consecutive NCAA titles in the 100-yard and 200-yard backstroke, only the fourth male swimmer in history to do so. In the process, he set American, U.S. Open, and NCAA records at both distances — 0:43.49 in the 100-yard race and 1:35.73 in the 200-yard event in 2016.

That would have made enough of a year for any athlete, but it proved to be a mere warm-up for Murphy. The crowning achievement of 2016 came in Rio de Janeiro at his maiden Olympics. There he burst into prominence, earning three gold medals and a world/Olympic record, transforming him from just another swimmer into a brand name overnight.

“It’s a 100% weird transition to make, because I’m doing a sport,” he said. “It starts out as something you do as a kid a few times a week to here, where it’s a career. With it being a career, you have to be able to make money with it. I wouldn’t be able to be a great swimmer if I had to work a 9 to 5. I wouldn’t have enough time to train, I wouldn’t have enough time to recover, focus on nutrition. So, you have to make a living and doing that, you do have to become a brand.”

Additionally, he added, “you have to find brands to partner with where the brand that I’ve developed will complement theirs so there’s synergy between the two,” he noted. “It’s something I’m comfortable with now, (but) I think coming off of 2016 I definitely struggled with it.

“In terms of social media, I was still sharing posts that I thought my close friends would like and not really recognizing that I’ve got kids that are following me, that are looking up to me. I have parents following me, trying to show their kids something that I am doing,” he continued. “It’s something where you never really grasp how big your audience is, but it’s something you have to try and conceptualize.”

Murphy said he didn’t really feel overly disrupted by the postponement of the Tokyo Olympics from 2020 to 2021. Nevertheless, his failure to claim gold in either of his individual events gave him a particular fire in his eye coming out for the 4×100-meter final.

“We knew we had a really good relay,” he shared. “The night before, we all got together and said, ‘Realistically, if we just do the swims that we’ve already done this week, we’re going to break the world record.’ And it was as simple as that. We knew what we wanted; we wanted to set the world record and we wanted to win.

“With the way that it worked out, I swam eight days in a row and that relay was on Day 8,” he recalled. “I did not feel good, I was tired, and it was a long, exhausting meet. We were like, ‘All right, we’ve got one more race. Let’s man up here.’”

Even with four Olympic golds — six medals overall — Murphy doesn’t hesitate to say that he’s ready for more. He is already training for the Paris Olympics in 2024. 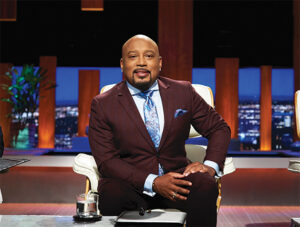 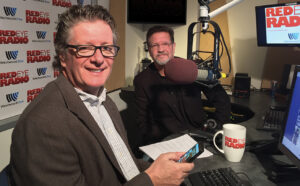 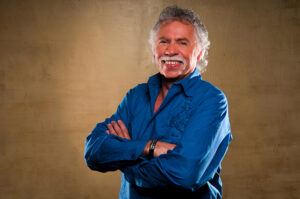 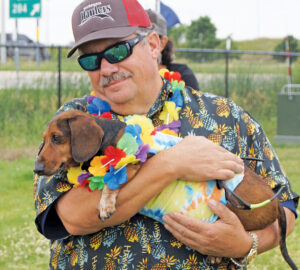