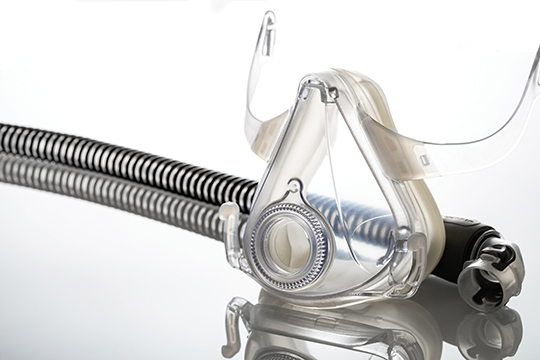 “I never knew I had a big problem other than I’d stop [breathing] for slight moments, and I snore — at least according to my wife,” said Pennsylvania-based truck driver Traxler.

After a sleep study confirmed he had obstructive sleep apnea (OSA), Traxler became a statistic. He was one of the 28% of truck drivers diagnosed with OSA. His career soon became complicated.

“The issue has had me angry since they hit me with it,” said Traxler of his experience with Federal Motor Carrier Safety Administration’s sleep apnea guidelines. “I’ve been fighting to keep my CDL ever since.”

According to the National Sleep Foundation (NSF), OSA is “a disorder in which breathing is repeatedly interrupted during sleep.” Conditions and symptoms of people with untreated OSA include anxiety, high blood pressure, and depression, all of which are known to increase the severity of OSA. The impact of a severe case of untreated OSA on a driver is the equivalent of operating a vehicle at twice the blood alcohol level considered legal in most states. Still, OSA is treatable. In most cases, those with the condition use a continuous positive airway pressure (CPAP) device to ensure productive sleep.

Following his sleep study, with CPAP in hand, Traxler visited his physician, and he expected to receive clearance to drive. He was wrong.

Traxler visited two physicians to obtain CPAP certification. The first told him to provide evidence of CPAP compliance for 30 days. The second asked for 60 days. Traxler eventually gained clearance, but that was not the end of his ordeal. When he needed recertification, a physician told him he needed a 90-day compliance record.

Traxler says the FMCSA guidelines related to OSA are subjective, and different physicians can read the data and come to different conclusions. He believes the guidelines force physicians to take a cautious route for fear of being held liable in the event of an OSA-related incident.

“I‘ve never slept more than five or six hours, with or without a CPAP,” shared Traxler. “I didn’t need a $700 study to tell me that.”

Cliff Abbott is a trucking industry veteran who has worked as a truck driver, recruiting manager, and director of driver developments; he has studied industry trends as a trucking-media veteran. Abbott has had his fair share of experience with what he calls “arbitrary” DOT guidance on OSA. He too believes the FMCSA guidance places too much of a burden on physicians’ analysis of subjective data.

“The problem stems from the requirement that the physician not only recognizes sleep apnea but is satisfied with its treatment and control,” said Abbott. “Unfortunately, FMCSA guidance does not define what ‘treated and controlled’ means.” Examiners often look to physical characteristics such as neck size, body weight, and age when estimating whether a driver has potential for OSA.

“While these may be indicators, they don’t prove anything,” said Abbott, noting that plenty of drivers have all the indicators, but they sleep fine without mechanical help. “There’s an overabundance of caution,” he said.

“Examiners often ask for the latest printout from the driver’s CPAP machine,” said Abbott. “Other times, they’ll request a report from the driver’s primary physician based on the CPAP data.” FMCSA does not stipulate a timeline for when a report should be deemed invalid.

Abbott has seen enough CPAP printouts to understand how 10 different doctors might interpret identical data in 10 different ways. Opinions of abnormalities based on the number of incidents of waking, gasping, and mask leakage differ among physicians, he said.

“Too many drivers are delayed or even denied medical certifications based on a subjective process,” continued Abbott. Ultimately, drivers are often required to pay for testing while unemployed and uninsured.

Abbott has concerns about FMCSA’s OSA guidelines, but he says drivers share the blame. While all drivers are not cut from the same cloth, “the driver population is notorious for noncompliance,” he said. Lack of compliance requires physicians to be cautious, he said. Compliant drivers are then unfairly subjected to increased scrutiny.

FMCSA Spokesman Duane DeBruyne explained the federal-state partnership in ensuring all drivers are medically sound to operate a truck safely. “A CDL is a state-issued license,” he said. “The state is certifying that the individual possesses the knowledge and skills to operate a large commercial motor vehicle on public roadways.”

As for the medical card, DeBruyne said the determination remains with the state. “When issuing a medical card, the examiner is certifying the individual is medically qualified to operate a large commercial vehicle. The medical examiner has an extremely high level of responsibility to protect the welfare of not only the CDL holder but also every person who travels on the nation’s public roadways.”

Physicians and sleep specialists contacted for comment on this article were reluctant to be interviewed. However, in the FMCSA 2013 Expert Panel Report on Fatigue and Commercial Motorcoach/Bus Driver Safety, the three panelists — including Washington State University’s Dr. Greg Belenky, who is considered one of the nation’s foremost authorities on truck driver sleep and fatigue — offered comments on the issue of drowsy driving that supported those of Traxler and Abbott.

As the study noted, “…it is not possible to regulate how much sleep a person obtains. Nor is it possible to regulate when they sleep.” Likewise, when discussing the impact of post-sleep alertness, the panel noted the results of two previous studies with the comment, “Their analysis could not link duration of nap sleep time with post-rest alertness; the authors postulated this might be due to wide variations among the individuals.”

In other words, you may be able to lead truck drivers to CPAP machines, but you can’t make them sleep.

NSF states, “All people need between seven and nine hours of sleep a night to feel well rested and function at their fullest.” The FMCSA guidelines for compliance fall well short of the NSF benchmark. And drivers like Traxler believe the claim that seven to nine hours applies to “all people” proves it is misleading.

“Situations and drivers are different,” said Traxler. “To put a blanket rule on everyone holding a CDL without concern for their unique situations isn’t right. The main goal is to save lives, but it’s not right to ruin other lives in the process.”

Traxler suggests FMCSA adopt an objective method of categorizing drivers’ levels of OSA risk, with action based on those categories.

For Traxler, the entire OSA, CPAP, and federal certification issue created one of the physical reactions to stress that sleep experts claim can increase the impact of OSA.

“I wasn’t nearly as anxious before all of this,” he said.

For more information on sleep apnea and other sleep concerns, visit sleepfoundation.org.

‘Diversity, equity, and inclusion’ encompass much more than race — and can lay a strong foundation for a company’s success