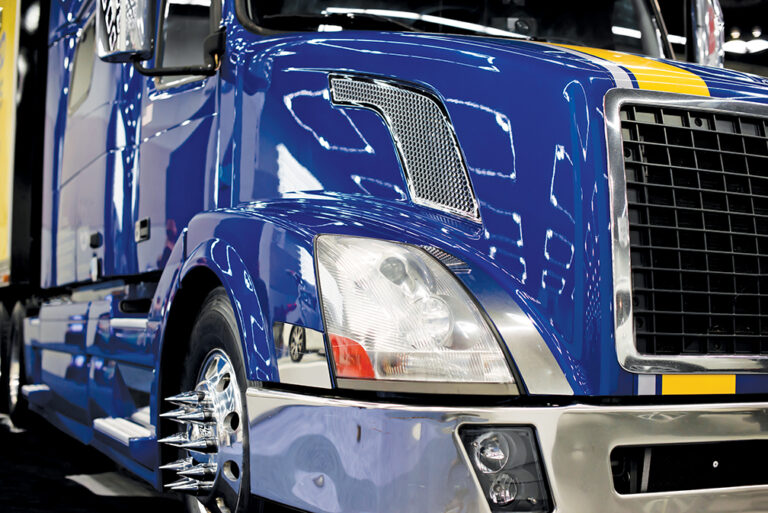 Let’s imagine: The trucking business is so good that rates are at or near record levels and shippers are competing for available trucks. It’s a great time to grow the fleet and take advantage of the upside of a cycle while it lasts. Your company has some cash and credit is available at favorable rates. It’s time to make hay while the sun shines, as the old adage goes.

Unfortunately, your call to a tractor or trailer dealer is likely to be a frustrating one. So many trucks have been ordered that a new one ordered today won’t even start down the assembly line for more than a year. Van and refrigerated trailers will “only” take 10 months. Both of those timelines could be shortened somewhat if parts were available.

ACT Research President and Senior Analyst Kenny Vieth has been tracking the numbers for years.

One major component of vehicles of all sizes that has been in short supply is semiconductors, the silicon “chips” that, in our electronic world, are a part of nearly everything. Production shutdowns caused by the COVID-19 pandemic slowed the production of semiconductors, but consumers continued spending on personal and household items that used up chip inventories. Even without the pandemic, however, there were pressures on the semiconductor supply.

One of those pressures is demand. More products than ever use semiconductors. A refrigerator that uses semiconductors to control temperature might also need several more to fuel the video display built into the door. Toasters have LED screens. Digital picture frames display hundreds of photos. Such items are everywhere, and the semiconductor industry hasn’t built new plants to keep up with the demand.

Additionally, the chips themselves have advanced. They hold more information than ever before, and they’re manufactured using newer technology. New plants take years to complete — and they’re expensive because of cleanliness requirements, special air circulation, and other factors.

As the world careens towards electricity-powered transportation, it’s worth noting that an electric vehicle can have 10 times the hundred or so semiconductors currently needed for a gas- or diesel-powered one.

FlowBelow, makers of aerodynamic equipment for trucks and trailers, doesn’t have a need for semiconductors in their production. They’re impacted by a different shortage.

Weather has wreaked havoc on the plastics and resin industry in recent years. A year ago, Hurricane Laura brought damage and shutdowns to large manufacturing facilities in Texas and Louisiana, where more than 15% of U.S. production of polyethylene and polypropylene are produced. Experts predicted it would take six months or more to bring production back to pre-hurricane levels.

Then came the polar vortex of February 2021 and the accompanying power failures in Texas and Louisiana. Sudden shutdowns caused lines and machines filled with molten plastic to solidify, creating a massive cleanup operation in lines and machines — that is, if they weren’t destroyed outright.

In the meantime, all those people sitting at home due to the pandemic were ordering products that were shipped to their homes wrapped in large amounts of plastic packaging, driving up demand.

The availability, or lack thereof, of steel has also impacted production at FlowBelow.

“Our steel suppliers are giving us 15-week lead times,” said Breitschopf. “It means we’re having to stock more inventory because we don’t want to run out, and it makes us have to be better at forecasting so that we do have the right stuff when our customers need us.”

Steel has reached record pricing on world markets and production is not yet back to pre-COVID levels. India, the world’s second-largest steel producer, has been redirecting oxygen used in the steelmaking process to hospitals for the treatment of COVID victims.

ACT Research’s Vieth mentioned all these shortages as problematic for truck and trailer manufacturers.

“Supply chain constraints continue across the board,” he said. “Semiconductors have been making headlines, but to that add any number of parts suppliers have been particularly challenged sourcing — steels, plastic resins, foams, rubber, etc.”

U.S. tractor sales have averaged around 18,600 per month so far this year. Some of that average, however, comes from inventory accumulated during last year’s recession, so the true monthly build rate is even lower. Contrast that number with the 2019 monthly sales average of over 23,000.

To get around the long wait times, some buyers have turned to the used truck market, hoping to score recent-model tractors with life left in them. The increased demand has driven used equipment prices up, and inventories have dropped in the used market as well.

There’s another problem impacting truck and trailer builders and their suppliers — labor.

“Labor has been typically hard to source in the manufacturing sector, and pandemic protocols add to labor challenges,” Vieth explained.

Finally, COVID may not be done yet. Increases in case rates are being reported across the country as the percentage of the population that has been vaccinated remains lower than expected. Variants of the original virus have been discovered, and no one is sure if those who have already had the disease — or been vaccinated against it — will be susceptible. There is a risk that manufacturing, once again, could see slowdowns and shutdowns.

While carriers wait for new tractors and trailers, rates remain high and freight plentiful. Some carriers will have to be content with making the most they can of the equipment they currently own. 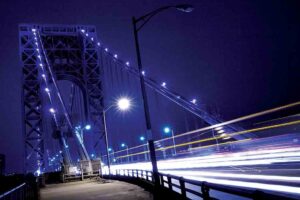 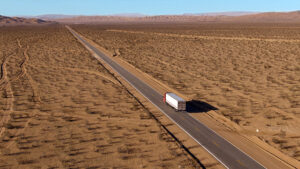 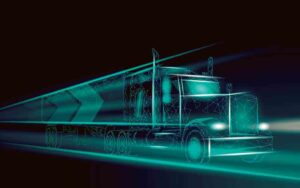