The much-debated $1 trillion bipartisan Infrastructure Investment and Jobs Act was passed by the U.S. Senate August 10 with a vote of 69-30, with 19 Republican senators joining Democrats to swing the passage of the 2,700-page bill. The bill’s next stop is the U.S. House of Representatives, which is in recess until mid-September.

“What we are doing here today also demonstrates to the American people that we can get our act together on a bipartisan basis to get something done. We can do big things,” noted Sen. Rob Portman of Ohio, the lead Republican negotiator after the bill’s passage on August 10.

“There’s been detours and everything else, but this will do a whole lot of good for America,” said Democratic Majority Leader Chuck Schumer of New York.

The measure proposes nearly $550 billion in new spending over five years in addition to current federal authorizations for public works that will reach virtually every corner of the country — a potentially historic expenditure that President Joe Biden has put on par with the building of the transcontinental railroad or interstate highway system.

Under the provisions of the bipartisan Senate bill, $110 billion of the $1 trillion in funding would go to the nation’s roads and bridges; $40 billion of that $110 billion is earmarked for bridges. There are also funds to shore up coastlines against climate change, protect public utility systems from cyberattacks and modernize the electric grid. Public transit would get a boost, as would airports and freight rail. Most lead drinking water pipes in America could be replaced.

“TCA is very pleased to see the infrastructure bill pass through the Senate, and we commend our elected leaders for taking a bipartisan approach to this much-needed investment in our nation’s transportation network,” said Truckload Carriers Association (TCA) Manager of Government Affairs Kathryn Pobre.

American Trucking Associations President and CEO Chris Spear also applauded the Senate’s passage of the measure, noting, “today, the Senate put America ahead of itself” after years of empty promises.

“Passage of this bipartisan infrastructure bill is a groundbreaking step toward revitalizing America’s decaying roads and bridges, supporting our supply chain and economy with the foundation they need to grow, compete globally, and lead the world,” Spear said.

Folded into the Senate’s bill are several provisions that would directly impact the trucking industry, including:

Two items that are notably absent from the Senate’s Infrastructure Investment and Jobs Act are funding for additional safe truck parking across the nation and an increase in minimum insurance requirements for motor carriers.

While the omission of truck parking funding is generally considered a “minus” to most in the trucking industry, many trucking companies would undoubtedly breathe a sigh of relief that the controversial proposal to increase minimum liability insurance requirements from $750,000 to $2 million does not appear in the Senate bill.

Owner-Operators Independent Drivers Association (OOIDA) President and CEO Todd Spencer expressed disappointment in the final draft of the Senate bill, citing “the lack of dedicated funding to address the truck parking crisis” as a primary reason OOIDA does not support the legislation.

“We will continue to oppose surface transportation legislation that doesn’t prioritize the needs of professional drivers,” he said, adding, “Fortunately, the legislation does not increase minimum insurance levels and will invest hundreds of billions for roads, highways, and bridges.”

In addition to allocating $110 billion in funding for the nation’s roads and bridges, other key elements of the Senate bill include:

“We know this is not the finish line for this legislation, and so we encourage the House of Representatives to quickly pass the bill,” stated Pobre. “Our nation’s workforce of trucking heroes should not be forced to wait any longer for repairs and safety improvements to the roads and bridges which serve as their 24/7 workplace, and our country’s citizens deserve an infrastructure system which will ensure the goods and services upon which they rely are not delayed.” 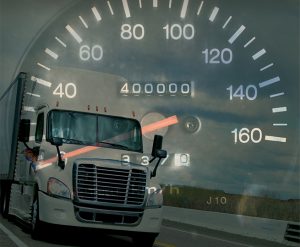