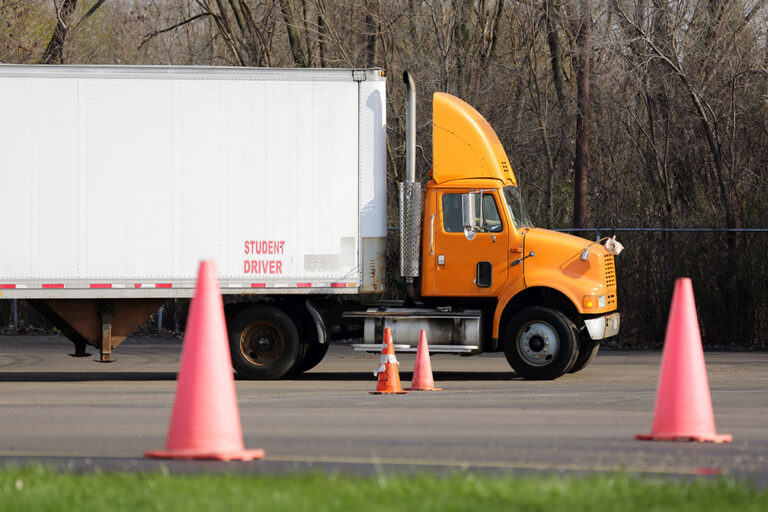 The new commercial driver’s license (CDL) training requirements that went into effect in February will result in fewer drivers being trained by friends or family members and higher attendance at CDL schools.

Unfortunately, tuition for these schools can present a problem, especially if you’re currently unemployed — the reason many drivers get their CDL in the first place.

Fortunately, the trucking industry’s continuous need for new drivers has resulted in a variety of programs that allow new drivers to earn their CDL and acquire necessary skills at no cost to the student.

But these programs almost always come with a commitment on your part — a commitment that usually has consequences attached. Some offers are very reasonable while some could be considered downright predatory in nature.

If you’re considering earning your CDL and working in trucking, there are some things to know before you begin the process of selecting a school.

One of the first things to decide is whether to attend a publicly funded program or opt for a private school.

Publicly funded programs are usually offered by community colleges. The courses are typically (but not always) longer than those offered by private schools, allowing more material to be presented. The tuition tends to be less expensive, too, because the school receives part of its funding from tax dollars.

The downside of publicly funded schools is that it may take longer to get your CDL and get to work, and there are often fewer financing options available.

Privately owned schools, on the other hand, may offer shorter program lengths and more financing options, including carrier-financed tuition. These schools are often the choice of students with minimal cash who want to get to work as quickly as possible.

Whichever type of school you choose, it’s important to consider multiple options and to read contracts carefully. Those who take the first offer that sounds good are often disappointed later.

Loans are one source of financing, but keep in mind that loans that originate through financing companies don’t often offer the most favorable interest rates and terms. If your credit rating isn’t a good one, you could be offered a loan with high interest rates — if you qualify at all.

Carriers often send recruiters to schools to make hiring presentations to the students. Most of these presentations offer some sort of tuition reimbursement program that provides a monthly amount to you, in addition to your regular pay, for the purpose of paying off your school loan. Choose wisely, however, because most carriers require you to choose them as your first trucking employer out of school. If you decide to change jobs, the next carrier may not offer tuition reimbursement.

Another consideration is carrier financing. In essence, the carrier pays the cost of your tuition in exchange for you agreeing to work for them for a specified length of time or for a certain number of driving miles. Some carriers operate their own training schools, while others contract with private schools to train for them. Many drivers get their start in the industry this way, but the conditions can vary widely. It’s critical that you ask questions and carefully read any contracts before you sign.

The first question you should ask: How much will I owe? You should know what the school’s usual cash tuition cost is, so you’ll want to verify that the carrier isn’t charging you more. Many carriers make deals with schools for reduced tuition in exchange for a certain number of students. This amount is strictly confidential and can be half, or even less, of what you’d pay in cash.

Be sure you understand what’s included in the total amount you owe. Most carriers provide additional training after CDL school to help you learn industry basics that often aren’t covered in class. Does the total obligation include charges for this training, too?

You’ll also need to know how long it will take to satisfy your obligation to the carrier. At some carriers, you’ll be free and clear after six months or so; others will require a year or more. Some require you to meet specified mileage goals. Some require you to run as a team with another driver or may restrict you from working in a regional or other desirable fleet until your debt is paid.

Perhaps the most important question this: What happens if I leave the carrier before the debt is paid? That’s usually covered in the contract you sign. Most stipulate that you agree to pay whatever amount you still owe. Often, carriers will make payment arrangements with you. As long as you continue payments, you’ll be fine, but be aware that some carriers are very aggressive in their debt-collection practices.

In fact, the term “predatory” could be applied to some offers. There are carriers who require drivers to “pay back” amounts much higher than what was paid for tuition. Additional charges can be tacked on for their driver-finishing process, which may require you to team with another driver for months at a reduced “trainee” pay rate. Drivers who leave, regardless of the reason, are sometimes mercilessly hounded for payment, and negative information is often reported to credit reporting agencies. Other carriers who attempt to hire these drivers receive formal letters threatening legal action for “interfering with their contract.”

Carefully read contracts and ask questions of recruiters. If their answers are vague or evasive, move on to another carrier.

School instructors can be a great resource of information. Many of them were hired because of their industry experience, and some will have personal knowledge about carriers they have dealt with. Former students may have also shared their experiences with teachers.

Finally, do your best to honor your commitment to the carrier. Doing so will help establish your record as a person of integrity who doesn’t change jobs when things are difficult. Once you get a year of experience, you’ll know more about the industry and what works best for you and your loved ones.

I like that you mention that there are both public and private truck driving courses. My cousin is thinking of becoming a truck driver. Since he lives in Australia, maybe he can look to see which licenses he needs to work in his country and also look into what courses are available.
https://www.bluehorsetruckdrivertraining.com.au/courses