Nobody likes them. Drivers go out of their way to avoid them, some changing their routes or schedules — or even taking time off — when one is expected. Like a trip to the dentist, time will be lost and the best that can be hoped for is that nothing painful occurs. It’s the dreaded DOT inspection.

The inspection might more accurately be called a CVSA inspection. That’s because the Commercial Vehicle Safety Alliance determines what gets inspected, what criteria are used to determine a pass or fail, and what actions might be imposed, such as an out of service (OOS) order. CVSA is a group made up of government agencies ranging from local to federal and including carriers, trade organizations, consultants, manufacturers and more.

According to the CVSA website (cvsa.org), “the Alliance aims to achieve uniformity, compatibility and reciprocity of commercial motor vehicle inspections and enforcement by certified inspectors dedicated to driver and vehicle safety.”

For the driver, that means an inspection conducted by the state patrol in one jurisdiction should be the same as one conducted by local law enforcement in another.

There are six inspection levels listed on the CVSA website. Drivers are likely to encounter only the first three under normal circumstances, although a fourth could occasionally be conducted.

Level 2 inspections include everything noted in Level 3, plus a walk-around inspection of the truck. During the walk-around, the inspector will check for lighting, cargo securement, air leaks and obvious defects such as missing lug nuts or damaged tires.

Level 1 inspections are the standard, where the inspector crawls under the vehicle to measure brake operation and get a closer look at other systems. Generally, Level 1 inspections take the greatest amount of time and have the most potential for finding violations.

In most cases, the driver is asked to participate in the inspection by turning lights on and off or operating brake controls as directed, including stepping on the service (floor) brake while the inspector measures push rod travel.

Occasionally, a driver will protest this involvement, asserting that he is not required to assist, or even claiming that the Fifth Amendment to the U.S. Constitution protects a right against self-incrimination. Drivers who invoke such arguments should probably not be surprised when the inspection takes longer than usual and uncovers an impressive list of violations. Additionally, employers may not look upon such refusals favorably, especially if the inspection results in expensive repairs.

Passing a Level 1 inspection with no critical violations entitles the driver to a shiny new CVSA sticker, placed in the lower right corner of the windshield. Different colors of stickers are used to denote the calendar quarter of the year in which the inspection was performed — green for the first quarter, then yellow, orange and white.

Missing corners on the sticker indicate whether the inspection was performed in the first month of the quarter (both upper corners removed), the second month (upper right corner removed) or the third month (no corners removed).

Trucks displaying a valid CVSA decal won’t, under most circumstances, be subject to a reinspection for three months. However, this is not a guarantee. Law enforcement officials can reinspect a vehicle at any time, especially if they observe a violation or unsafe condition.

Inspections can and do impact CSA (compliance, safety, accountability) scores for both the driver and the carrier. Individual violations can be listed on the driver’s pre-employment screening program (PSP) report and are an important part of the hiring (or leasing) process at some carriers.

In calculating CSA scores, different weights are assigned to each potential violation. For example, failure to obey a traffic light or sign is assigned five points, while not wearing a seat belt earns seven and using a cell phone is 10. Citations do not have to be issued for points to be levied. For example, an inspector can indicate that the reason for the stop was the driver not wearing a seat belt but only a warning was issued, or even no action at all. If any level of inspection is performed and reported, the seat belt charge could still appear on the driver’s PSP.

Worse, the infractions are a part of the record even if the driver is acquitted of the charge or pleads guilty to a lesser charge. There is a process to request having the record corrected, but it is time-consuming, and the Federal Motor Carrier Safety Administration (FMCSA) makes the final decision.

Getting through an inspection starts with doing the job properly. Every driver should have a CDL and any other documents necessary to legally drive close at hand. Permit books should be checked periodically to make sure registration and permits are up to date and proof of insurance is included.

Thorough pre-trip inspections, along with periodic walk-around checks, help the driver identify potential problems and get them fixed before an inspector spots them. It may not be feasible to adjust the brakes on a trailer picked up at a shipper location, but a quick inspection to make sure there are no flat tires, missing lug nuts or inoperative lights can save trouble later.

Cleanliness matters, too. Inspectors sometimes choose which trucks to inspect based on appearance. Drivers with a month’s worth of paperwork and snack wrappers scattered across the dash are more likely to be inspected, on the assumption that a messy truck indicates messy paperwork and messy maintenance.

And of course, attitude matters. Just like drivers, inspectors are doing a job — one that is sometimes unpleasant. Reacting with impatience or hostility only makes the job more difficult for everyone involved.

Preparation, attention to details and knowledge of equipment can help any driver get through an inspection painlessly and back on the road more quickly. 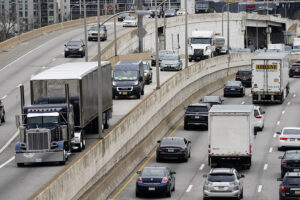 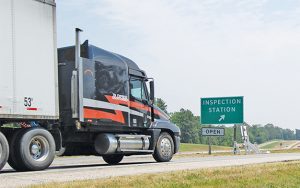