For the most part, I am pretty adventurous when it comes to new things. I will eat, drink and am generally willing to try damn near anything that you put in front of me. (Well at least once, anyway.)

I am also pretty open to new developments in technology in cars, computers, phones, etc. All in all, I think I am pretty easy to get along with regarding “new” technology.

However, the one thing that I hate is being told that I HAVE to do something. Blame it on the contrarian in me. If you want me to sit down, just ask nicely and I will. If you tell me I HAVE to sit down … well, we have a whole new set of issues.

So, with that in mind, the one thing I hate about new technology is being told I have to do something, especially when the action you want me to take has not been thoroughly vetted.

What in the world could possibly have me this worked up? Well, I am glad you asked.

Back in September of 2021, the governor of New York (the one that replaced Andrew Cuomo) signed a bill banning the sale of new gas powered-cars and trucks in the state by 2035.

“New York is implementing the nation’s most aggressive plan to reduce the greenhouse gas emissions affecting our climate” Governor Kathy Hochul stated. “To reach our ambitious goals, we must reduce emissions for the transportation sector, currently the largest source of the state climate pollution.”

Beginning with the 2025 model year, new truck manufacturers will be required to meet certain annual sales percentages of zero-emissions trucks. The quota will vary depending on vehicle class.

Now please understand — I love the environment, as well as rainbows, puppies and kittens, and I understand the need to decrease emissions for the sake of the environment and all living creatures. I want the world to be around for my children’s children, and I am willing to do my part to support it.

I see the need for zero-emission vehicles, and I understand that they are coming. However, I believe the good folks in New York may be suffering from a case of premature legislation.

While the intention of the law is admirable, the infrastructure does not currently exist to support the law. I am not making this up — this statement is supported by the folks at the Trucking Association of New York (TANY).

Kendra Hems, president of TANY, noted that “one of the big concerns we have as an industry is the lack of truck parking, and now we’re talking about electrifying an industry where drivers already don’t have anywhere to park.” Hems further stated, “When we have electric trucks, where are they going to charge? That also gets into more of the cross-country challenges.”

Needless to say, there are lot of questions that need to be addressed. For example, where will all the trucks charge? How will there be enough charging stations available? Can the electrical grid handle this increased load? How do I get an electric vehicle across the country?

More to the point: How do I get a load of produce from California to New York using an electric truck with the current infrastructure system? Quite simply, I am not sure you can. There will need to be way more charging stations in place to make this happen. Being from the Midwest, I don’t see a whole lot being added now.

Also, who is going to pay for the infrastructure to be put in place?

Just because some states like California and New York see something as a priority, that does not mean all the other states will have that same priority. Different states have different values and focus on different things. I do not think the South or the Midwest agrees with either coast on every single issue, and thus these states may not be in such a hurry to get the charging infrastructure in place.

In addition, if you are a carrier in New York how will you charge your trucks? Quite simply, you will need to add charging stations at your terminal. How many? It depends on your size.

I am not sure about the answers to any of these questions. But what I do know is that some states have lost power during winter storms or have been forced to do rolling blackouts. Do you really think we can add this increased burden without first making sure the underlying electrical grid can handle the load? If not, who will pay for the upgrade?

Because I am long-winded and running out of space, I am not even going to discuss the amount of time required for heavy-duty electric vehicles to get a full charge and the delays that will likely result from time spent charging (or waiting to charge).

At the end of the day, I really DO believe we need to make changes to better protect the environment.

However, I think if you would have asked, nicely most folks would already be making the changes to zero-emissions vehicles — but would be doing so in quantities that the current infrastructure could support.

Passing this law is forcing people to make changes at a pace that the infrastructure can’t support. And that seems like a bad idea to me. 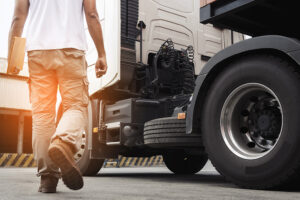 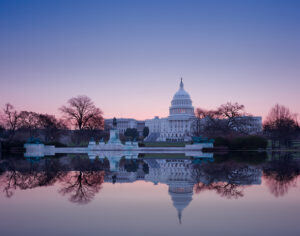 Can a former president invoke the right of executive privilege to withhold evidence? 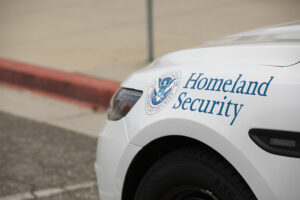 Same song, second verse: ‘It depends’ is attorneys’ standard answer for most questions 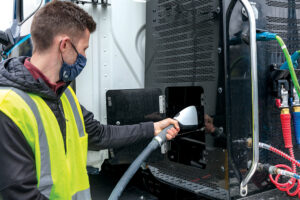 Changing an industry is hard, especially when the nation’s infrastructure can’t support it

Can a former president invoke the right of executive privilege to withhold evidence?